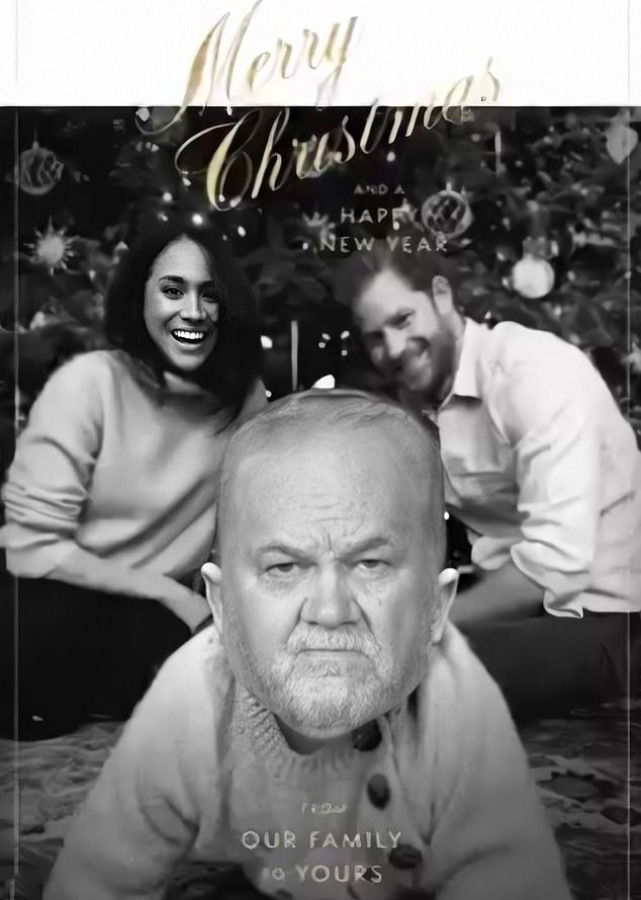 Taking to their official Instagram account the Duke and Duchess of Sussex shared their message with their 9 million strong following.

Meghan Markle and Prince Harry have wished their Instagram followers a “very Merry Christmas” by releasing a rather startling image that has got the fans talking.

The message took the same format as many of their Instagram posts featuring white lettering on a royal blue background.

It also featured the H and M logo which, in a festive twist, featured a Santa Claus hat, and Harry and Meghan had also added three festive emojis to their caption.

Snubbing the Queen at Sandringham, the couple are currently holed up in Canada.

Prince Harry and Meghan are currently on a six-week break from their permanent vacation, spending Archie’s first Christmas in Canada where they are expected to remain until the New Year.

The couple decided to snub the Queen’s invitation to Sandringham in favour of staying abroad, much to Her Majesty’s annoyance.

It’s thought the royal couple are deliberately avoiding the US and trying to stay away from press.

Meghan lived in Toronto for seven years while filming Suits and working as a golf caddy, and some of her best friends still live in the country.