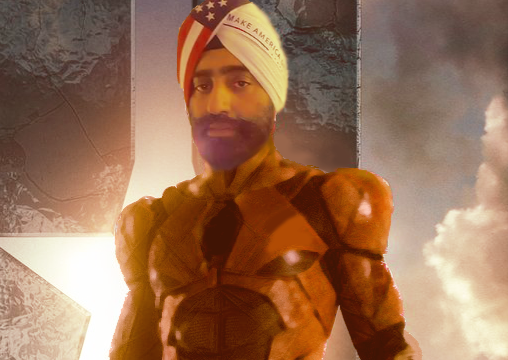 Hollywood moguls are planning another onslaught of dumb American superhero movies for the new year it has been revealed.

“Just when you thought culture, or what’s left of it can’t get more fucking banal these money grabbing lazy assholes in the Hollywoodland movie biz are planning on hundreds more superhero movies, however, news is they’re running out of superheroes to make films of. We are now getting superhero films of superhero groups within superhero groups like mixing Batman with Superman and so on. It’s getting so tedious that people are getting genuinely pissed off about it. You seen the cinema attendance record lately?” Aldous Muxley, a cinema critic wrote in his latest newspaper article.

Superheroes now come in all shapes, races, sexuality and sizes, some being conjured up according to whatever socialist agenda is the taste of the day. We witnessed the resurrection of Wonder Woman for the almighty feminist agenda, and the African Americans are to get their own black Panther superhero to sate the appetite of the angry disenfranchised black cinema going audiences..

Alien superhero spawn that don’t even live on planet earth or care about it or look human, they’re just blobs, green fatty blobs that fly around splatting on the walls or messing up windows with their greasy jello skin?

Insect superheroes, or superhero penguins from Iceland could forge a good global warming warning for the millennial generation.

“We’re coming up with an Eskimo superhero called Igloo. He has shamanic powers and lives in an…igloo somewhere in the North Pole,” an elated executive of Warner Bros. recently revealed in Entertainment Weekly.

How about a Hollywood film that has no superheroes? Maybe something with a real plot, real fucking actors and a script that lasts more than the lifecycle of a bargain bin?