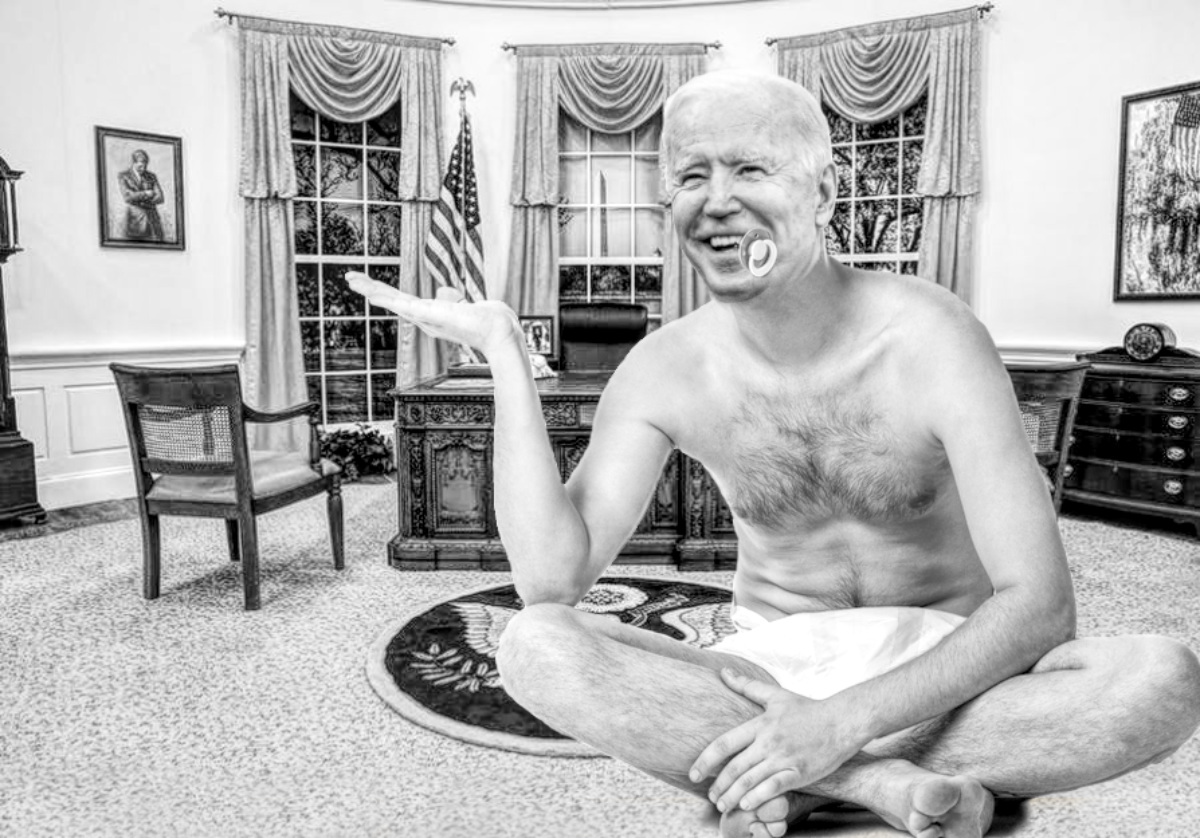 The White House nurse Betsy, revealed the terrible news yesterday that Joe Biden has run out of baby formula for his daily feeds.

Across the United States, thousands of stores have run out of baby formula and many parents are in a desperate situation as supply has been severely limited.

“We are literally down to our last bottle. This is now officially a national emergency. We are sending out secret agents across the state to confiscate any formula from the public because ‘the big guy’ needs it.”

Angela Titmunch, 23, a mother of four from Washington D.C was at home when approximately 15 secret service men and a SWAT unit burst through her one-bed apartment door at 4AM.

“We were woken up by crashing glass and the door was kicked in. Some guy in a black suit handed me a paper then all these guys with guns and torches ransacked our home. I was down to my last can of formula and my four babies need it more than that big fuckin’ demented baby in the White House. Well, anyways, these thugs smashed the place up, woke all my kids up and stole my formula.”

Biden, who has the lowest ratings ever recorded is seen by decent, hard-working Americans as a disgrace, a corrupt imposter who has ruined America to a point of no return.