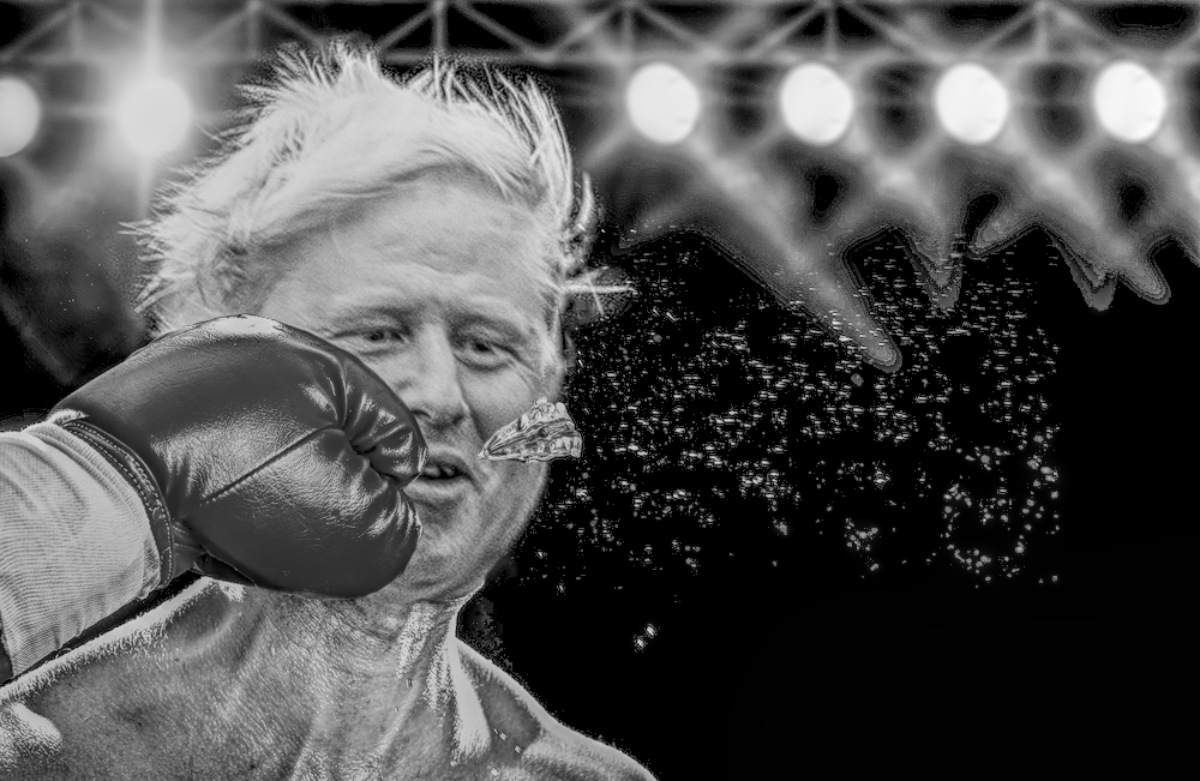 After a series of mishaps, Boris Johnson is down for the count. As is the case in most political careers, there comes a time when one’s luck runs out, and it seems Boris’ mojo has long since departed to better climes.

We like Boris at the Squib, always will, always have, but the amount of shit that has been thrown at this guy is truly astonishing. Okay, some of the misfortune is his own making, but there have been some wildcards of bad luck sent his way. Chief of all is the Covid nightmare, then there’s Biden who hates the Brits, as well as his old mate Cummings and of course Sunak and other assorted vipers waiting in the wings to plunge their knives firmly in his back.

Led on by his new young power crazy wife, Boris has basically parroted every single one of her demands, and after siring two sprogs by Carrie, is now for the moment tied down with this woman. Because of his weakness, he has followed bad advice, watching his previously good reputation and good luck flushed down the toilet.

So, what the fuck is Boris to do now? His Brexit minister has quit, and do you blame the fellow? Brexit in the mind of Boris is an all too distant memory, when in reality it is an ongoing concern, especially with the vindictive EU intent on revenge.

Maybe shutting down the country again will avert some of this mess, however the mess is so vast it may take more than that, plus the Tory rebels will want blood for sure.

There is an even worse threat to Britain and Brexit now rearing its ugly head once more, and that is the war criminal Tony Blair, who will completely eviscerate Britain once and for all if he comes back into the position of Labour leader.

Prepare for war, perhaps, because war is always the great equaliser. The only thing that can save Boris right now is a Maggie Thatcher Falklands moment. War, then a firm British victory would absolve Boris of any previous animosity, as well as seal his image in the history books.

Get the Generals searching for a war Boris, something relatively easy to win yet with a decent newsworthy profile. It’s either that or bow out with your head firmly dipped in disgrace.