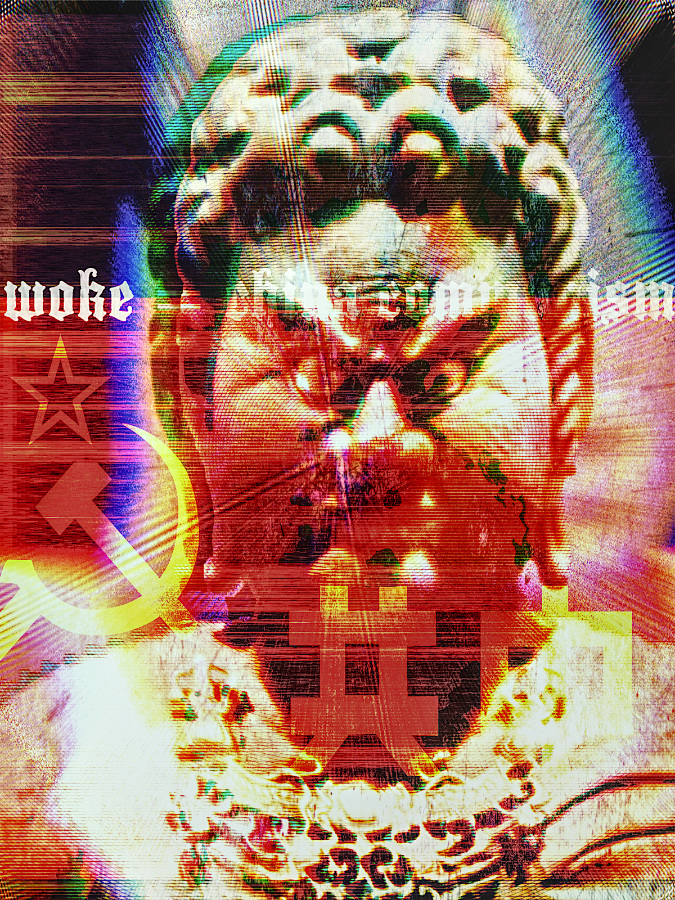 Former Soviet communists like Vladimir Putin know about Marxist ideology, they know about the techniques utilised in communist regimes and how they work. To see the Western elites pushing a communist agenda whilst Russia broke free from it, naturally baffles them. To see young easily led children who have still not developed fully, indoctrinated and coerced to become transgenders or taught to adopt homosexuality for the purposes of the Sovietized green Woke agenda is seen as going against biological nature by the Russians.

The fact is, the new Western agenda is one that decries and refutes biology and nature. Its agenda is ideal for reducing population growth, and although unnatural it should be supported because it is stopping people breeding. In an overcrowded global world, the Western agenda should be adopted by developing nations, and the dream is to import this repulsive policy onto nations and societies that uphold traditional biological stances within their cultures.

Yes, many in the West agree with Putin, however one must look at necessity, to push the Woke sovietized agenda is an imperative, not only to reduce breeding amongst the populations but to preserve the earth’s finite resources which are currently being depleted at unprecedented levels. Yes, the transgender gay agenda is repulsive to traditional cultures led by organised religions, however it should be construed as a method of population control, and nothing less.

The saddest part of the sovietized Western agenda which is currently being pushed with almost a totalitarian fervour, is that Western democracy as many know it of the last century is disappearing. The Woke Marxist agenda is a construct imported from multiple sources, and aligned with the Chinese Communist state, to destroy Western democracy, yet keep it aligned economically with the pseudo-capitalist infrastructure. This is why you have companies like Nike, and Apple kow towing to the Chinese Soviets, because economically these Western brands would be minnows without the production capabilities of communist cheap labour or resources.

Unfortunately, the Woke agenda is here to stay, and as Obama increased its power during his reign, it was the election of Trump which was the antithesis of the project which created such a storm. Sadly for Trump, the institutions of the United States and deep state are firmly woven into the Woke agenda, and try as much as he did, there was nothing he or his supporters could do to shift the viral culture now so firmly interwoven into the nation. The internal apparatus was even so repulsed by Trump, they even engineered the election to oust him, such was their fury against Trump’s non progressive stance to take America back to a traditional biological era.

Now, under the Biden administration we are encountering the third Obama term, as all that Trump achieved has been erased, and the impetus for more Woke cultural shifts come into confluence.

What will happen in the future is now an uncertainty as Western democracy dies further each day under the Woke agenda, we will see increased authoritarianism and totalitarian edicts ordered upon the populations. Freedom of speech and the press will be further curtailed, and cancel culture will increase in veracity. Elections have already been compromised due to Big Tech meddling, especially in limiting political discourse from the opposition, and mass ballot harvesting operations. Suffice to say, Western elections do not mean anything anymore, and people like Trump, or any wild card, will never be elected into power ever again.

We now live in a humourless unkind repulsive West, and there will be more instances of Wokism to kill off any life or light in our lives, along with food rationing and scarce resources, democracy will take a back seat.

Not enough people stood up when the warning lights were flashing decades ago, so this is where the West is now, on the absolute verge of full blown communism, where individual property rights for the plebs will all but disappear along with all other freedoms you once knew.