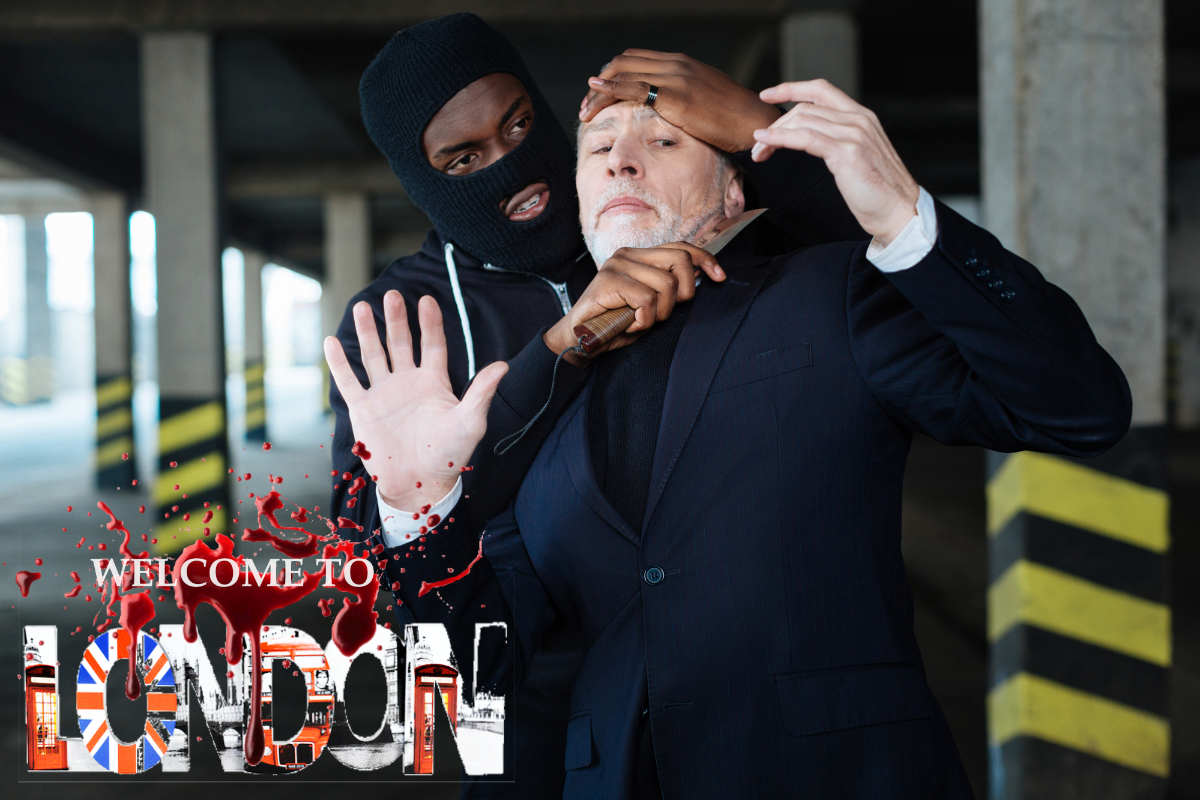 They used to say the streets of London were paved with gold, today, they are only paved with blood, and severed hands. Nothing has been accomplished for this once great capital city during London Mayor, Sadiq Khan’s prolonged apathetic, profligate tenure.

Spending the money of Londoners on useless woke initiatives that benefit no one apart from the far left contractors who receive the projects, London today is a cesspool of gang violence, hatred, drugs and far left communist political zealots. Gone are the days of any form of positiveness, these days if you survive another day, another hour or minute in Khan’s blood soaked London, you are considered a blessed lucky soul.

Because of Sadiq Khan, the Afro-Caribbean gang violence is now everywhere. Instead of coming down hard on these vermin, they are fully protected by Sadiq Khan’s evil crony administration, because arresting them would be deemed as “racist”. The daily machete hacking stories abound, and the knife stabbings are now at such a level that the phrase “having a Sunday carve up” means something totally different to what it was meant to mean.

Gun crime has also increased tenfold, and it is easy to acquire automatic weapons from many pub car parks in London, all you have to do is know the right pub to go to. Guns typically come in via the ports from the Continent, places like Bulgaria, Romania, Poland, and are smuggled in unassembled. Once in the UK, the weapons are assembled, and sold to the gangs. It is a lucrative business for the smugglers, especially as the identifying codes are filed off. You can get a Glock 17 for about £600, and they will throw in a few clips of ammo to boot. Acquiring something like a SIG MCX Rattler would set you back about £2,500.

The horrifying video of a man recently stabbed multiple times in the back just as he was walking beside a park, is all too prevalent in the capital city today. It is an almost given that you will be randomly stabbed at some point just for being somewhere, or your children caught up at any point as they meander back from school. Catching covid is now a secondary consideration to catching a six-inch butcher’s knife in your liver from behind.

The people who voted for Sadiq Khan to have a second term as mayor of London, are either clinically insane masochists or devout Labour voters. That is the crux of the matter, London is ruled by effete liberal twats who run the majority of the councils, and they have the lobbying power to push their mayoral candidate forward despite the fucker’s record. As they increase Council Tax to impossible levels, so they can enjoy their gold-plated salaries, Tuscan holidays, and pensions, they are the ones who defend and mollycoddle the criminals whilst criminalising and punishing the victims of crime.

One can almost feel the Travis Bickle inside bubbling up, to clean the streets of the scum, the words “Suck on this!” resonate.

Who Has Faith in London Mayor Sadiq Khan?