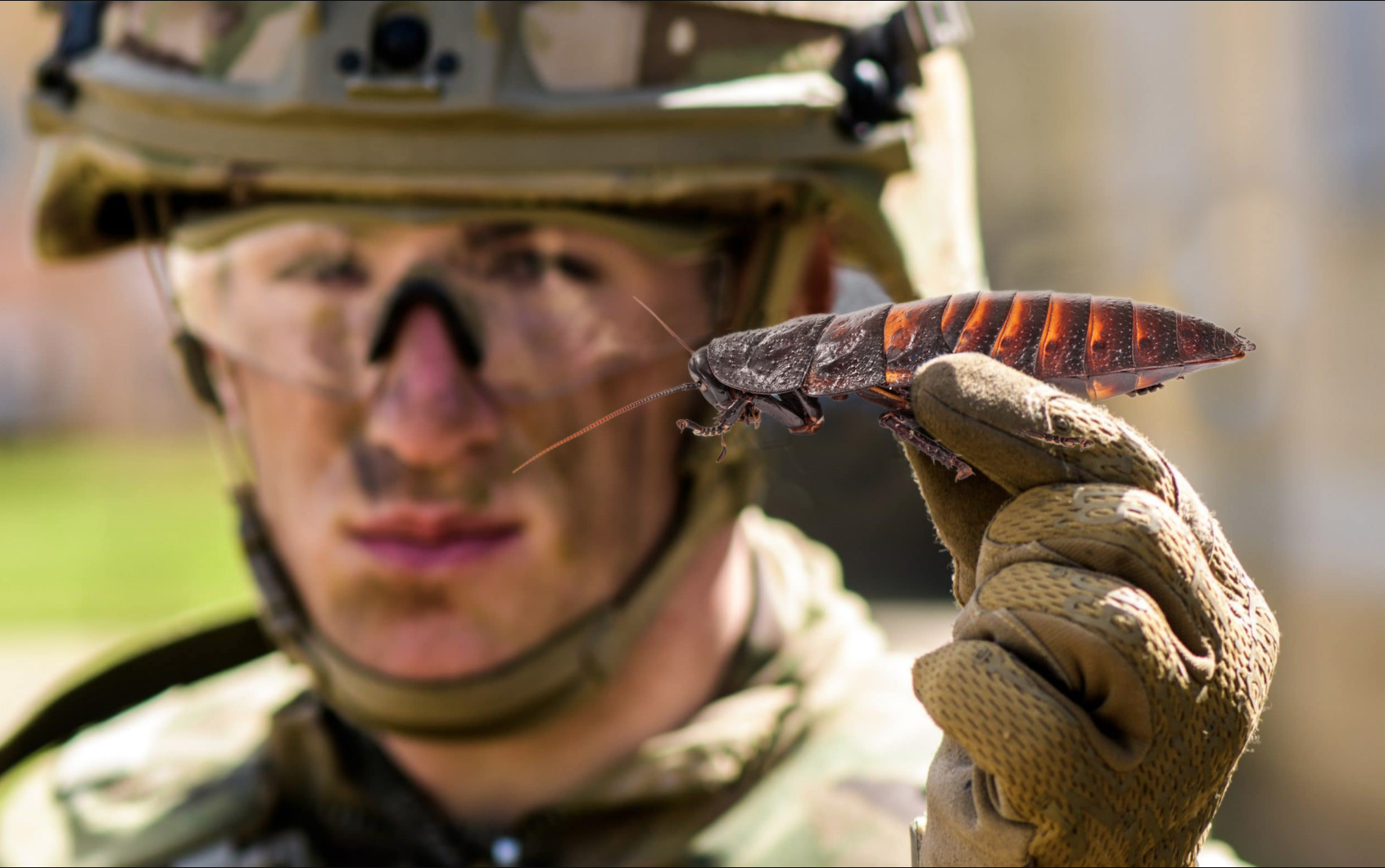 The last flight out of Kabul airport was a real success for Joe Biden’s evacuation of Afghanistan.

Specialist Josh Wankinski, of the 2nd Battalion, 8th Regiment, U.S. Marine Corps. was proudly holding a see-through takeaway box in his hands with a single cockroach inside. As the C-30 plane sped up for takeoff, the Marines cheered wildly, and it seems the cockroach was somewhat happy too to be leaving the godforsaken, dusty, hell-hole of Afghanistan, as well.

“My commanding officer got a call a few days ago direct from the White House. Apparently, U.S. embassy staff had a pet cockroach they affectionately called ‘Joe Biden’ that had been left behind. We still had one Afghan translator and his seven kids to evacuate, but the White House insisted that Joe the cockroach was more important,” the Marine explained.

On Wednesday, at 04.30 hours, a platoon of Marines risked their lives to rescue the cockroach from the shuttered embassy on Bibi Mahru road, District 10. They managed to avoid the numerous Taliban patrols there and back, but were spotted by unknown gunmen only 1.7 km from the airport.

During the ensuing firefight, two Marines lost their lives, and one 21-year-old Marine had both of his legs blown off by .50 calibre rounds, but thankfully the cockroach ‘Joe’ was unhurt.

White House officials emphatically denied any negligence and insisted that the cockroach rescue was an integral part of the entire operation.

“Mr. Biden was adamant that Joe the cockroach should be rescued at all costs, because he wants to be seen as a true humanitarian, a giver of life, even to cockroaches,” fawning MSNBC anchor, Rachel Madcow, chirped during her sycophantic broadcast, after hearing of the heroic rescue.

UPDATE: Joe the cockroach is doing just fine. He now lives in the Oval Office, in a glass box, on Joe Biden’s desk. Staffers sometimes get confused to whom they’re talking to during briefing sessions. Joe or Joe?