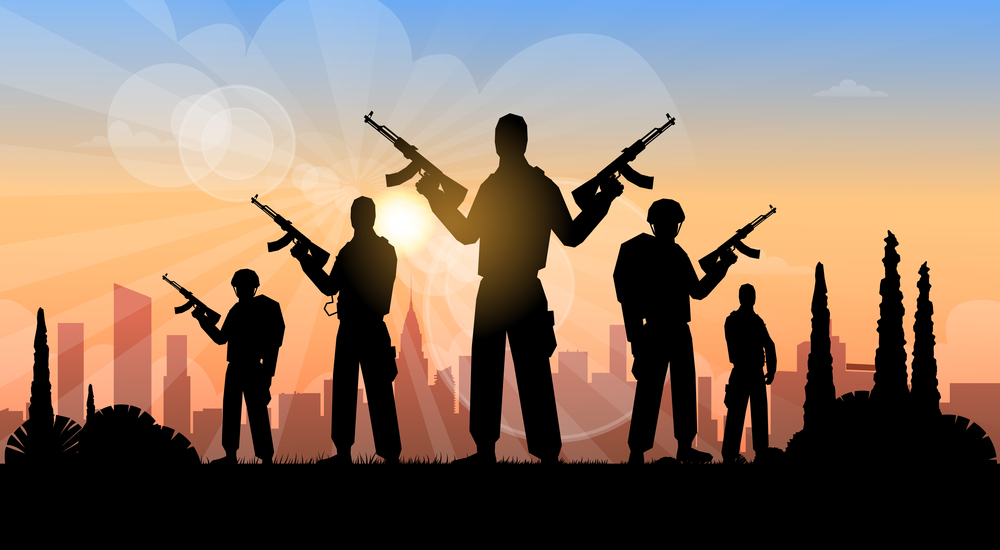 Thanks to Joe Biden, and his weak administration, we now have the most technologically equipped terrorist enemy in the world. The Biden administration left behind over $63 billion worth of high-tech military equipment, not only for the Taliban, but for Al-Qaeda and ISIS.

Another video of Celebratory gunfire from #Taliban fighters shooting tracer rounds into #Kabul‘s night sky after #US withdrawal.

“Afghanistan now has its own Air Force, we have Blackhawk helicopters, Chinooks, Lockheed C-130 Hercules, fighter planes, and the best night vision and weapons for our Islamic soldiers. The explosives and ammunition left behind will arm our soldiers for centuries. Thank you, Joe Biden, Allah thanks you, for the Islamic Jihad will now continue without anyone to stop us,” a Taliban commander revealed from the now repatriated Kabul airport.

Trained pilots and maintenance staff for the U.S. planes and helicopters are already being sourced from Russia and China. Repairs are already underway to damaged aircraft. Afghan pilots will also be trained.

Indeed, this is definitely not the end of Afghanistan, but the beginning. The Islamic Sharia law meted out by the newly armed Taliban and its affiliates will most certainly spread across its borders. Europe and the United States are once again in extreme danger, because the terrorist training camps are now back in play. Western interests will once again be on the attack list, soft targets ripe for the harvesting, the weak West a paradise for bombs and random killings by crazed Jihadists trained with the most up-to-date U.S. military weaponry.

The terrorists now will work only with the best equipment, thanks to America. They will use that equipment to cause as much damage to the West as they can. Using the military equipment that Joe Biden gifted them will certainly add to the fatal irony of the whole unfortunate business.

Meanwhile, China and Russia, will benefit fully from the chaos of the bungled Afghan withdrawal. China is already eyeing up the trillions of dollars worth of rare earths and minerals in Afghanistan, and Russia will simply sit back and watch for their opportunities.

There are now no Western journalists in Afghanistan, and the Taliban can execute their purge of all staff who aided the Afghan Vichy government without any form of faux outrage from Western reporters. The Hazara Shia Afghans will soon all be rounded up and deleted from existence. Of course, it’s a long list of people to dispatch for the Taliban, but they will complete their genocide in quiet silence over time. The West, fatigued by the entire disastrous campaign may get a few reports here or there, but it will all be glossed over as it won’t matter any more.

The Afghan Islamic Jihadist Caliphate, a heavily armed and trained force, is just beginning its ultimate journey and the fun is about to commence, possibly in a town/airport/mall/train/bus near you.

The #Taliban have released a video showing how they have taken control of #Kabul‘s airport after the last #US plane left its runway.

Their control on Tuesday marks the end of America’s longest war, leaving behind a now-quiet airfield pic.twitter.com/7HmCBHWUkf