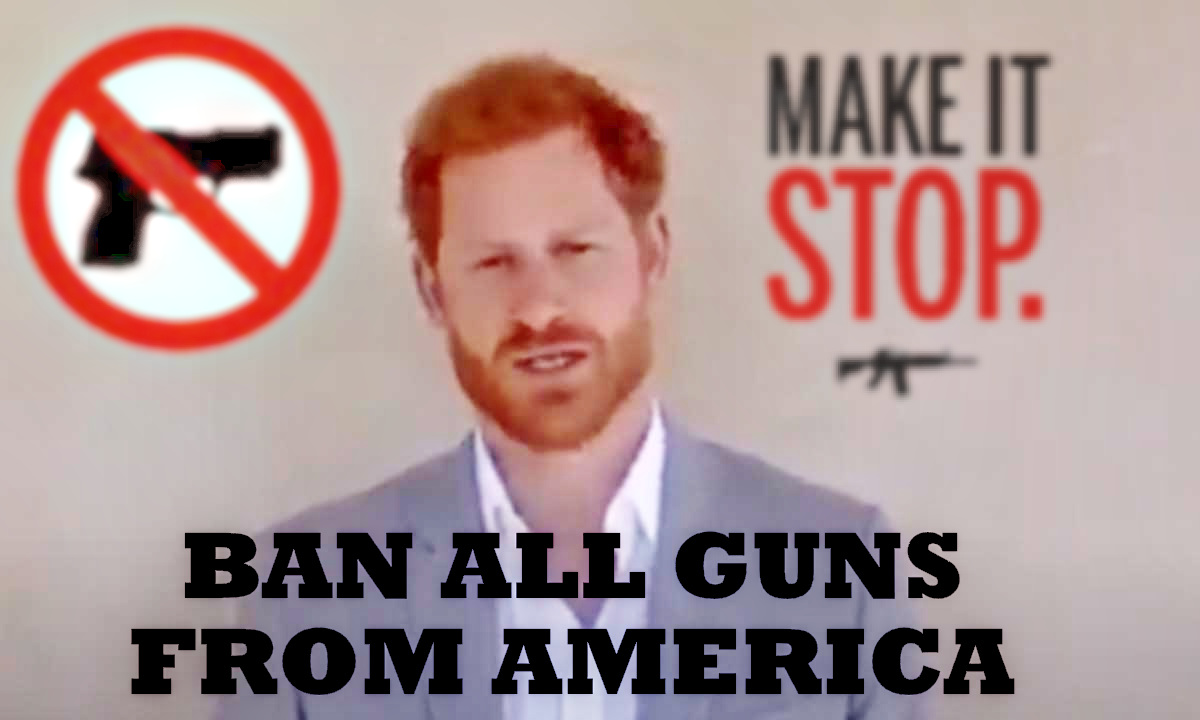 The liberal Woke agenda of censorship and Cancel Culture is not enough of a destruction of basic human rights of freedom of speech and expression, banning guns for all U.S. citizens is next on the agenda.

The Biden and Harris team have already brought out many executive orders restricting certain things Americans can do with their guns, and making it harder to buy weapons, and Harry is a great fan of Biden.

Speaking on Tuesday from his Montecito mansion, Harry revealed why guns should be banned for all American citizens.

“For my fragile constitution and mental health, I cry every time I see someone has discharged a gun, whether in the name of self-defence or offensively. It is not necessary, if we just talk to people and ask them nicely to stop raping your wife in your home, then people like that would listen to you. I would reason with them, and ask them if they need a therapist to deal with their unnatural desires. Then they would put their guns and daggers down and stop their raping. It’s really as simple as that. We need to be kinder and nicer to people even when they are committing atrocities against you or your family. Ban guns in the U.S. now! As the Duke of Sussex from Britain, I will make sure you are all unarmed and left helpless, whilst the criminals all own heavy armaments. We just need to talk to the criminals and murderers and treat them with kindness, and they will stop committing their heinous crimes.”

There was a collective swooning session from all champagne socialist liberals in Woke America at Harry’s endearing words and gesture to ban guns across the country. On hearing the announcement from Harry, former president, Obama had to rush off to the toilet to relieve himself — multiple times.