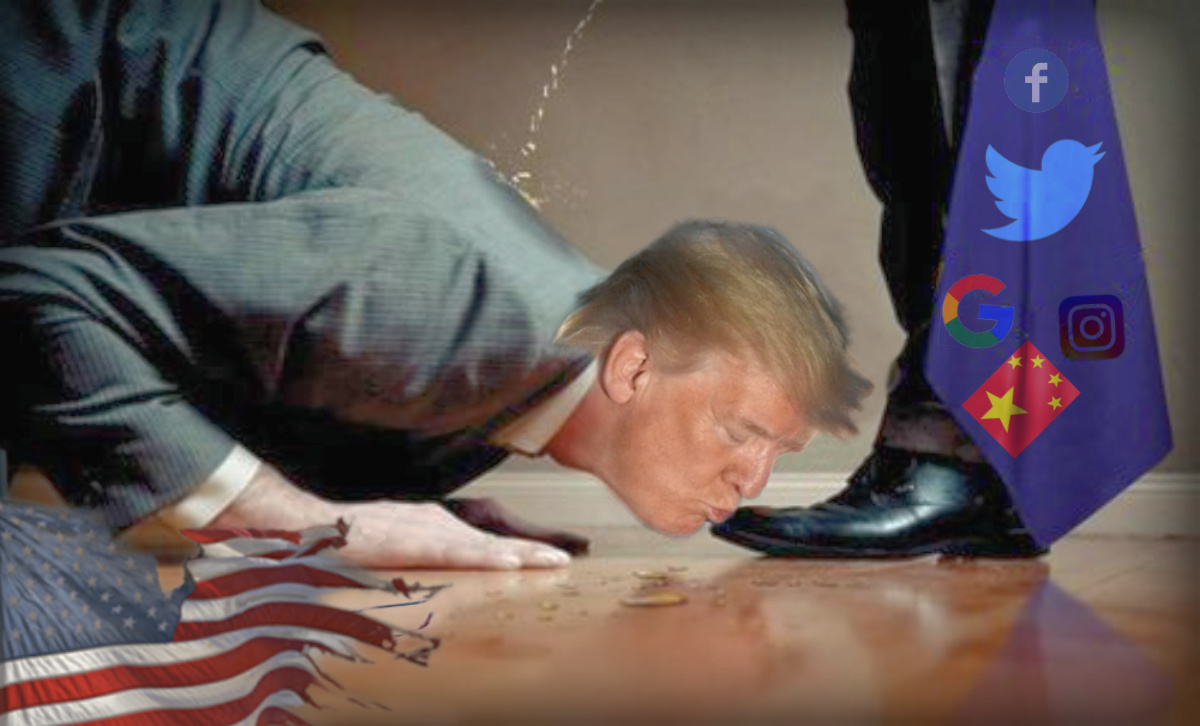 If someone had told you that social media sites like Twitter, Facebook and YouTube would have more power than the President of the United States five years ago, you would scoff at them. The year is 2021, and Donald J. Trump has been banned/silenced/cancelled by all the left leaning social media companies. He’s fucking outta there, cancel cultured, spat out like a pepper corn, shat out like a sweetcorn infested turd.

If you don’t think they’re coming for you next, you’re wrong.

Is it conceivable that a social media site employed by a few nerds ensconced in some Northern Californian warehouse have more power than a president? Well, they do now. Protected, untouchable, above the law and any governmental official. The profits alone for some of these behemoths which are conveniently siphoned offshore to avoid taxation, are more than some nations’ GDP.

Mark Zuckerberg has banned the President of the United States. He should have that on a plaque or pedestal in his office. From now on Senators will be driven to Palo Alto where they will have to answer to the mighty Zuck.

The office of president is now nothing more than a laughingstock, and legislators nothing but fucking mice running around the dirty floor stomped on by social media CEOs and their now vast egos. Social media BIG Tech monopolies are now bigger than entire governments, and have the proven ability to sway elections not only with their influence, but the vast cash reserves they splash around.

Trump, a loser, can now only hold his head in shame. His cowardice exposed for the whole world to see, a disgraceful sourness permeates the atmosphere as he slinks away back to his garish Mar-a-Largo grotesque gold covered furniture laden suites. His followers abandoned to their fate, to be later hunted down and persecuted by equally vile socialist scum. These were all cannon fodder, to be used, then discarded like mere used tissues.

What does this mean for the democracy we were meant to have?

Well, it’s impossible to have a democratic election if only one side has a voice. Big Tech has all but silenced and cancel cultured/shadow-banned the voice of the opposition, and in political discourse in a democracy it is crucial to have two voices. We now only have one voice, and it is the Soviet left-wing Marxist voice of Wokedom, led by the Big Tech monopolies which is given overall prominence and authority.

From now on all elections will be rigged and all political discourse will be one-sided. The 2019 election was proof of the power of social media hegemony and superiority. The Democrat Party will be omnipresent from now on, it will be a one party world, and the American system is now fully edging its way to a full Soviet Chinese system, where eventually elections will be completely phased out.

In a few years the Republican party or conservatives will cease to exist in the political field. Cancel culture will make damn sure of that.