The Insurrection Act is your last chance, because as you and many of us have witnessed, the courts high or low have been infiltrated. The law of the land has been perverted, there is no justice or liberty in a legal system that refuses to even look at a case that is so obviously one of gross misconduct and corruption.

Either the acting President of the United States does something now utilising the might of the military and patriot militias or the other side will do it against him and his supporters. 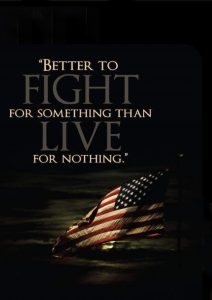 When a soldier holds a rifle in war, either he shoots the enemy first, or he will get shot himself, it is all down to Trump now, he can save the Republic if he acts swiftly and decisively to seize the corrupt operatives in government working with America’s enemies.

If Trump does not act, it will be down to him. He will have lost, not only his dignity, but the Republic, and America will forever be lost to China. Communism, and socialism will take down the once great USA, and due to mass indoctrination, the Chinese will simply land in the USA in the future with their army and be welcomed with open arms.

Trump did not act on Big Tech, and look what they did to him. Do not make the same mistake again, or you will forever be known as a loser who never acted.

America, its history of freedom, liberty, and of innovation, as well as conquest will all be lost in one fell swoop.

Trump is the last patriot standing now in a sinking stinking swamp, and he has to do something. The Insurrection Act is now totally justified under the U.S Constitution — fucking use it now, or they will use it against you and American citizen patriots.