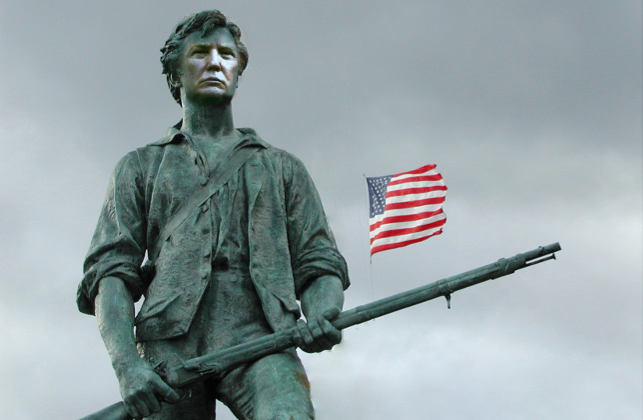 Sure, Donald Trump may be a lying, cheating misogynistic xenophobic power mad freak who will do absolutely anything to get what he wants, but THAT is what people want in a president.

Most Americans do not want some clean puritan soy drinking do-gooding ‘woke’ pussy to dictate their Marxist moralistic bullshit to them all day long. They want someone who works for America and the economy, they want someone who will scratch bite and pull the hair out of anything that attacks the nation, and to beat America’s enemies into submission.

Being all the things that are against the commie bastards who want to turn America into Somalia, China or Venezuela is a fucking good thing.

Americans want a president that will grab the world by the pussy, shake that damn thing, then poke it like a jackhammer on steroids.

Draining the swamp is no easy task either, it’s full of nasties waiting to bite your goddamn leg off. The commies are so entrenched that it may even take a few generations to root them all out.

America thus needs a strong aggressive patriotic biter of a president who doesn’t bow down to Chinese leaders so low that their hair touches the dirt, NO! The country wants to be brought back to greatness, it wants the American dream back, it wants prosperity and an economy flying high above everything else.

This is why Donald Trump means what he fucking says, and he may even write it on Twitter, he won’t settle for mediocre like the others, he wants the best for America despite the commie goons doing everything they can to destabilise his operation.

The riots financed by some commie shister from Hungary did not work either. The allegations, the impeachments did not work. They threw everything at this man but he sailed through it like Captain Fucking Cook, and they could not topple his statue either!

No one wants a mediocre senile babbling dunderhead and a whacked out trained Marxist feminist race-card-toting nutjob as their dream ticket. You would have to be insane to think that those two deranged turd jobs could be good for America!

There is still a lot of unfinished business for Donald Trump; walls to be made, swamps to be cleaned, and China to be shown who is really the boss. China, you’re fired! Get out of the way because America is back and this time business will be different.

The Teflon Don, will win the November election and the silent majority will ensure they wake the hell up just before the voting booths open. The silent majority is the true voice of America, they are not the loud minority who try to dictate to everyone their ridiculous Marxist points of view. No, it is the silent majority of decent, Americans who just want to live their lives in a well run country who matter.