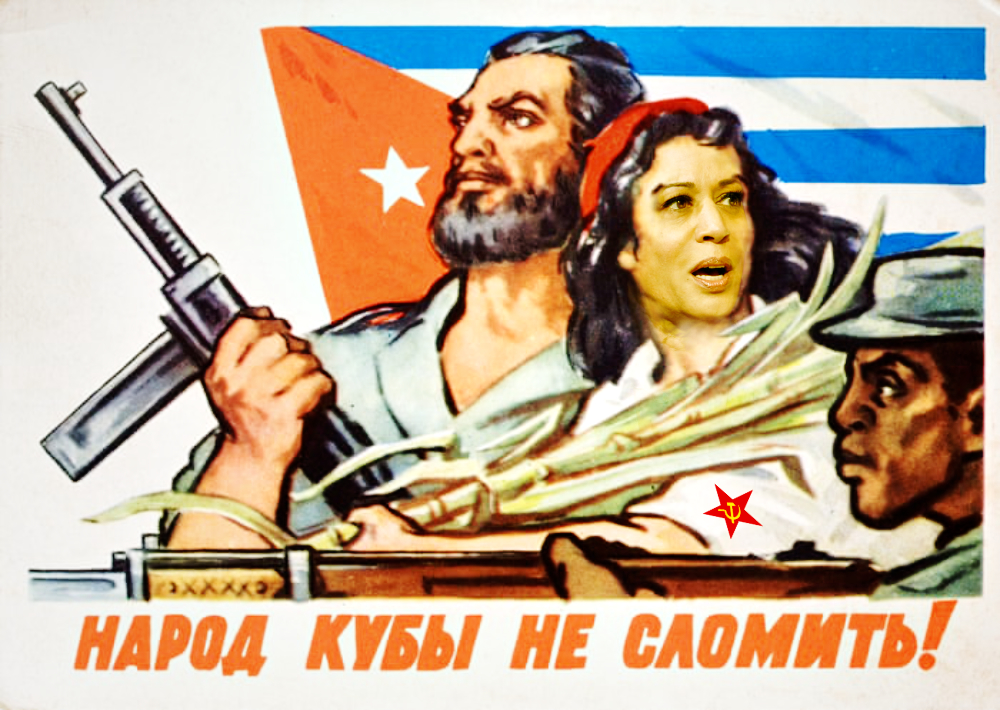 “Open the borders so that brown becomes the new white. Our goal is to change the voting demographic forever in America. Once we achieve our goal, then the Republican party will never have enough votes to win — ever again!” Harris yelled during a speech in California yesterday.

Harris’ role is also to rein in the dawdling and frail Joe Biden who is sadly well into the throes of heavy dementia.

“Biden’s job was to stop Bernie, because we could not have anyone who was an overt socialist winning the campaign, and Biden did that with the South Carolina black vote. He has pretty much outdone his usefulness now though, because we know he is on his last legs. Once the Democrats win the election, we will persuade him to stand aside for Kamala, or he might save us the job and die. From there, it’s plain sailing and Kamala Harris will complete her role as the first black woman to be President of the United States,” a Democrat campaign official revealed with a look of abject glee in his eyes.

It’s all set then, and due to the massive censorship of anyone other than a Democrat, the media controllers will have everything sewed up soon enough. Trump could even be banned from Twitter and Facebook permanently and there is little he is doing to stop the bias.

“Too late in the road for anything to be done about Big Tech. They effectively have Trump by the gonads,” another observer commented.

So, what will America look like under a Kamala Harris presidency?

“First things first. She will open all the borders, and encourage as many poor South Americans and anyone else to enter the US. Then she will increase taxes for the rich, redistributing wealth to the poorest in American society. She will shut down offshore accounts used by the rich to avoid tax, and if they try to leave the country, she will first freeze their assets and repatriate the funds to the socialist welfare fund.

“There will be increased censorship and cancel culture. Many more people will be erased from the internet and only progressive, socialist, communist ideological ideas will be allowed. American patriotism and nationalism will be banned, punishable by jail. All comedy will first have to be passed by a Board of Political Correctness, and if found guilty, comedians will be jailed indefinitely. Any citizen caught in the possession of an American flag will be arrested and re-educated in a Marxist Education Center (American Gulag) for an indefinite time.

“Kamala Harris will also ban ownership of guns by any citizen and defund police forces across all the states. Police forces will be replaced by trained social workers and psychologists.

“Military spending will be reduced by over 90% so that the new American health service can be free for every citizen, and much of America’s defence forces will be disbanded.

“All university places for every student will be subsidised completely by the state, and all states will be forced to increase taxes to pay for the free education system which will be based on Marxist principles. Soros funded terror groups like BLM, ANTIFA will also be allowed to reign, and contribute to all governmental policies as well as operations.

“Companies across America will have their male employees, especially in the board rooms purged of men, and African American women will fill their posts irrespective of their ability to do the job. Harris will also nationalise many American companies by force, and take over the Federal Reserve utilising it as a Soviet Peoples Bank. All financial institutions will be absorbed into a single banking entity where all financial decisions will be made by state officials. Those previously employed in the banking and financial sector will be banned or arrested.

“All statues of white men from history including those of presidents will be taken down and melted. These will be replaced with statues of prominent African Americans from the civil rights movement. Schools will also be forbidden from teaching children about American history instead they will be indoctrinated in new books written about Marxist ideology and communist victories in history. Schools will also forcibly ‘encourage’ all students to adopt homosexuality and transgenderism, and to reject traditional families. Children who tell their teachers about a parent who has said something bad about the Soviet American State will be given commendations, and the offending parents arrested.

“Harris will also make it her mission to set up courts to try as many Republicans as she can, and has promised to have Donald Trump jailed for crimes the Democrats will introduce to juries and judges appointed by themselves.

“Chinese Maoist communist ideals and policies will be introduced in full to America, and a Citizen Rating system will punish anyone who dares to divert from worship of the Soviet American State.

“Essentially speaking, America and its whole society will change forever, simply by the collectivisation and redistribution of wealth from those who worked hard to be rich, to those who did not bother.”