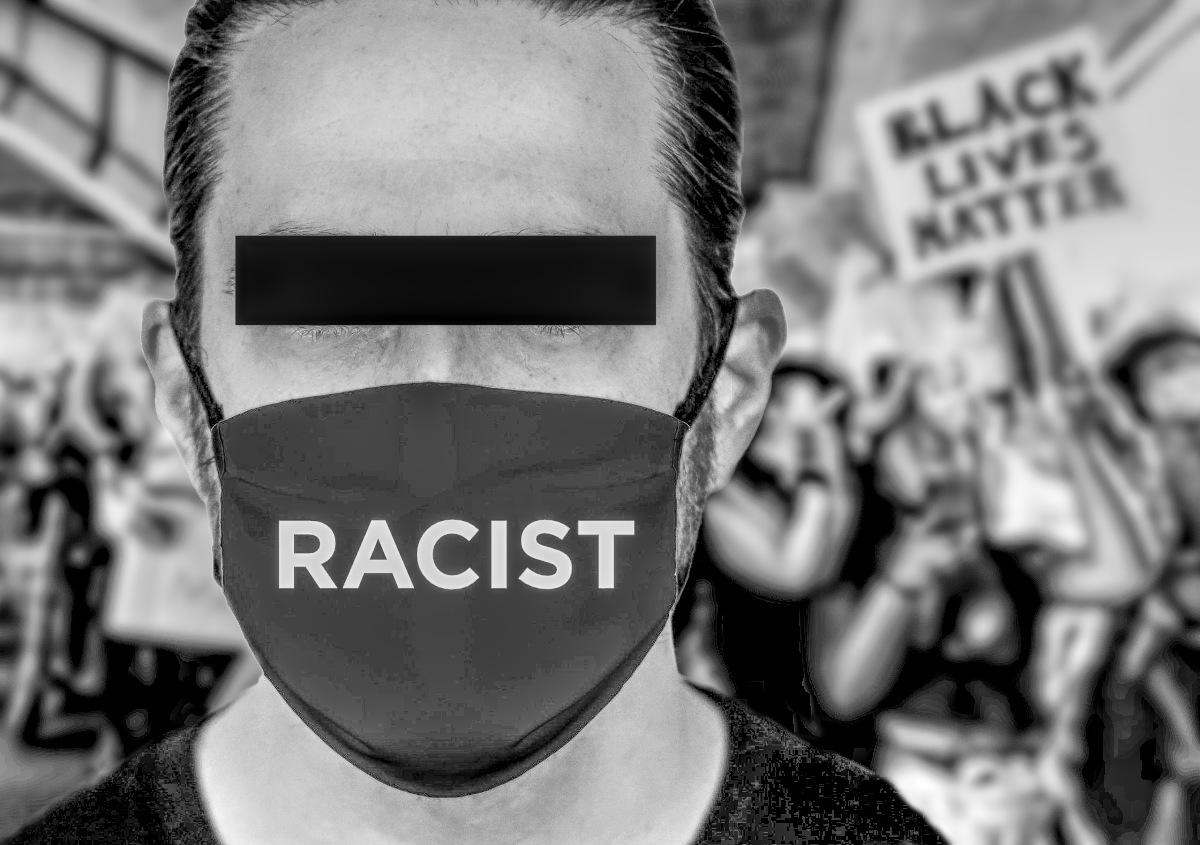 Black Lives Matter activists are now claiming that white people who wear black face masks for the purposes of protecting themselves and others from coronavirus are racist.

Speaking at the recent Los Angeles BLM riot, Ambuyanga Rogers Johnson, called out white rioters who were wearing black masks as racist: “All you white people kneeling, that’s not good enough, you are being racist by wearing those black masks. You are a disgrace, racist pieces of shit. Take those off!”

Many of the white BLM rioters either were shamed to take off their black masks or black rioters ripped them off their faces and trampled on the masks on the floor.

It’s not just at a BLM riot where black masks worn by white people are considered racist, if you are white and wear a black mask now on any street where black people are it is a race crime punishable by a good solid beating by a mob.

One New York woman was wearing a black virus mask on the subway when she was accosted by five black men, forced to kneel, then had her black mask thrown off the train at the next stop. During the altercation, everyone on the same carriage kneeled in front of the blacks and applauded for half an hour.

In North Carolina, white police officers knelt and washed the feet of black preachers whilst they kept saying the word ‘sorry’ over and over again. One white policeman broke down in tears when he realised he was wearing a black mask. After he prostrated himself under a 89-year-old black preacher, he washed the gnarly feet of the man with his mouth and tongue, before he was forgiven by the crowd to loud applause for four hours.