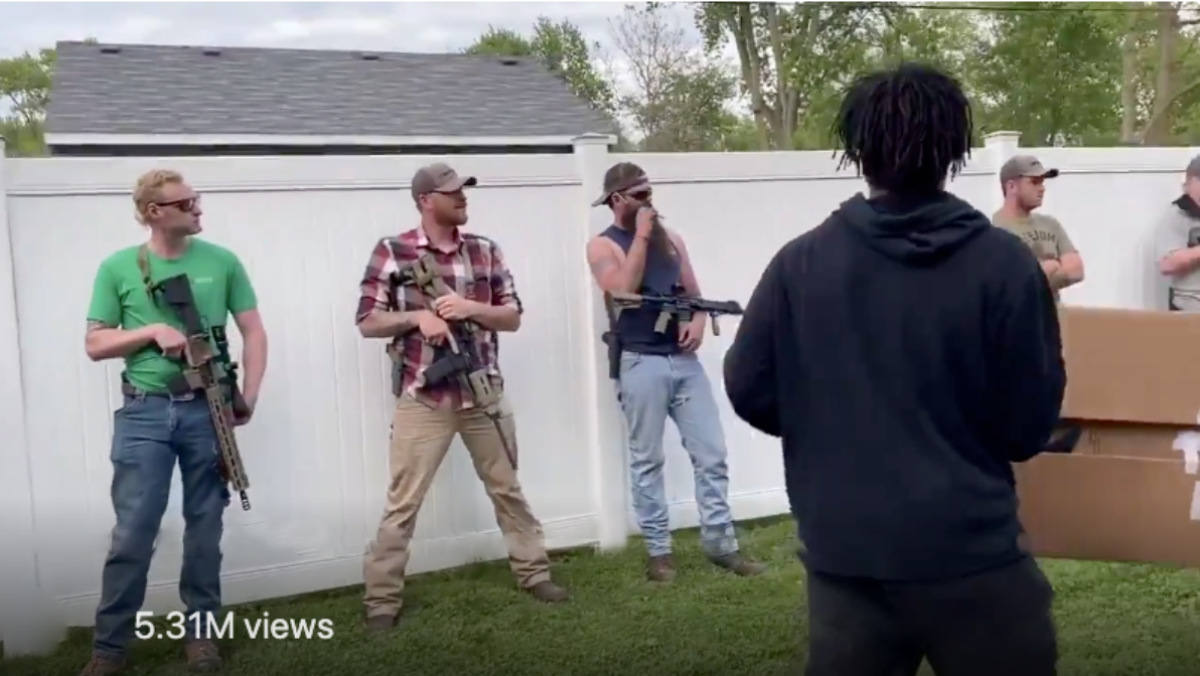 It was not only the silence that spoke a thousand words, but the lack of rioting, and lack of looting that was witnessed during the tense non-stand off between BLM members and a group of armed citizen homeowners in North Carolina.

Some American cities and towns are standing up to the rioters, and these are the state’s that allow open carry, and allow people to protect their property without prosecution, which is in direct opposition to mainly democrat held states which punish people for defending their properties from deranged rioters and thugs.

One can see the vast disparity in the United States, where in some state’s rioters are not tolerated at any level, and more socialist administered places where rioters are actually encouraged by the local Democrat administration to loot and decimate vast areas causing billions of dollars of damage.

With a nation that now has over 40 million people unemployed due to the coronavirus, it would seem that it would be more in the interests of local administrators to defend small businesses within the riot zones, but that does not seem to be the case.

America is currently at a tipping point where at some stage, there will have to be a final cleansing of the divergent populations, and the people with the guns and training will no doubt come on top.

These engineered riots by BLM, and ANTIFA, will at some point meet a  brick wall and stop, and this could be down to good old American citizens who bear arms, and uphold the constitution of the United States.