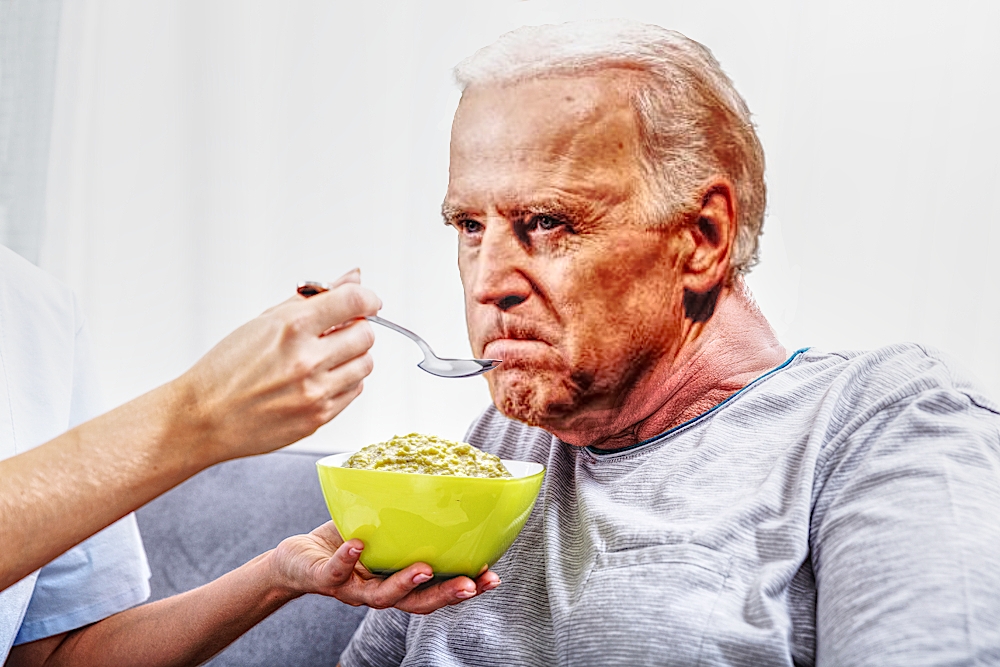 Democrat presidential candidate Joe Biden’s nurse is concerned for his health as he has refused to eat his mush for the fourth time this week.

“After giving him his morning formaldehyde drip I tried to feed Joe, he just closed his mouth and grunted some words I did not understand, something about me being ‘full of shit!’ and Joe just put on an angry face, keeping his mouth shut,” Biden’s nurse, Janine Cotillero, told MSNBC.

Biden’s campaign manager was also concerned for his candidate, and suggested they might have to feed Biden with a tube.

“We need him on the podium at the rallies, just feed him, do what you gotta do, put the tube in his ass if you have to,” Miles Rundringer, Joe Biden’s 2020 campaign manager told his nurse, according to reports.

Currently, Biden is leading the Democrat race to beat Donald Trump in November’s U.S. election. The Democrats who control the U.S. media, have forbidden anyone to reveal Biden’s true age, however at a recent visit to Redwood National Park in California, a reporter asked Biden how old he is, and he mumbled some incoherent gibberish before pointing at one of the trees, which can live for over 600 years.