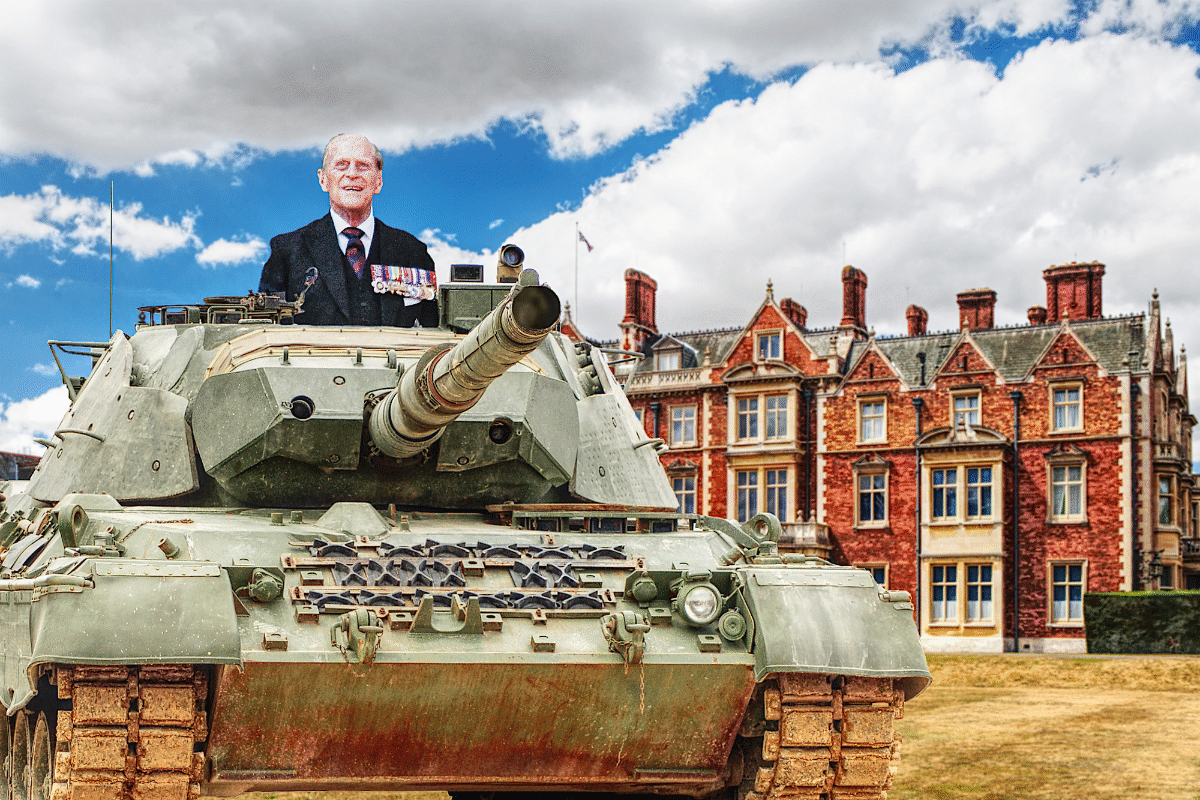 Prince Philip ‘s driving days don’t appear to be numbered just yet after a replacement vehicle was delivered to him – less than 24 hours after his horror smash.

The Cold War era tank was driven off the back of a lorry and into Sandringham at around Midday.

According to palace aides, when the Duke of Edinburgh saw the tank he squealed in abject glee, and farted.

“I’ve never seen the Duke so animated. He immediately plopped into the hatch above and commandeered the driver forward directly over one of the estate’s gardeners. The mess made over the rose bed was something awful, but Prince Philip quipped ‘That’s some quality fertilizer right there’ and his new toy moved on demolishing a shed in its path even shooting off a few rounds at some crows huddled in a tree.”

The Duke of Edinburgh, 97, is a keen military enthusiast and this new offering certainly knocks the socks off that puny Land Rover he was driving before.

One can only imagine the damage inflicted on the Duke’s sojourns to the local town, and his escapades on the Norfolk country roads.

Norfolk Police have however warned Prince Philip that if they see him driving the tank or shooting anything without wearing a seat belt he could be warned for his indiscretion.

“If we catch the Duke of Edinburgh in his new vehicle driving over other vehicles and going through houses without wearing a safety belt, we will first warn him, then if we catch him again not adhering to the road traffic safety rules we will be forced to give the palace a ticket of £45,” PC James Plodder told the local Norfolk Bugle newspaper.