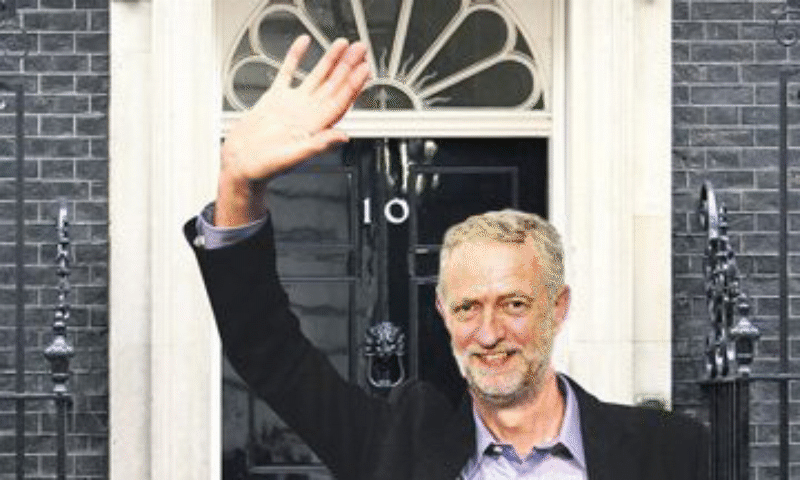 On the eve of the no confidence vote on Theresa May’s non-leadership of the Tory party, and her complete muck up of the Brexit, there are some who are hoping that she stays in and plods along for another election — cue the Labour party.

Jeremy Corbyn’s party are keeping their fingers crossed that the idiots who support May carry on doing so, because she is the passport to a Labour win at the next General election.

“We know for sure that real Brexiteers will never vote Tory again if they keep Theresa May, and they will never support her BRINO deal. That’s votes lost for the Tories right there, 17.4 million odd. Labour will win the election because the Tories have effectively abandoned their grassroots voters,” a Labour election campaigner revealed today.

After May’s roasting at the hands of Corbyn today at PMQ’s there is no doubt who has the upper hand in parliament and it’s not Theresa May, who cannot even command any sort of relevant leadership.

The Tories will be stupid to keep May, but Labour is counting on the stupidity and greed of the Conservatives, no doubt many have been bribed with promises of kushy seats in the House of Lords for May’s support.

It does not matter a jot whether May stays on and promises to go after Brexit, but before an election. The evil deed will have been done, the Brexit betrayal will have been committed, and for real Brexiteers this is enough. They will never vote Tory ever again.

Every day, every hour, every second that May is kept on, Labour grows stronger, because they know now that THEY will have the votes at the next election and not the Tories led by an old boot, not fit for the knackers yard.