“We have reason to believe that Mr Cameron, by supporting a remain vote in the EU referendum, is thus adhering to the sovereign’s enemies, giving them aid and comfort, in the realm or elsewhere and moving foreigners to invade the United Kingdom by giving up its sovereignty, freedoms, ability to defend itself and dissolving the power of parliament and the crown to Brussels. Mr Cameron will attend a preliminary hearing at the palace before being moved to the Tower of London where he will be hanged from his neck until dead, then his carcass will be put up on a post in front of the Houses of Parliament,” High Court judge, Lord Justice Giles Higginflintstowe, announced this morning.

Mr Cameron denied he had committed High Treason, but his actions have proved otherwise and he was arrested and detained from Number 10 Downing Street on Thursday morning. 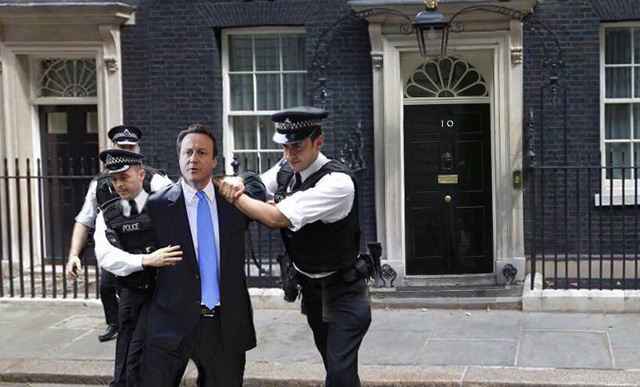 “He supported and encouraged Britain staying in the unelected communistic fascist entity called the European Union as well as instances of tax avoidance. In other words, he wants Britain to be in that thing and lose all of its abilities to dictate its own laws, monetary policy as well as defence policy. This is tantamount to High Treason and will be treated as such,” a member of the Conservative party told the Daily Telegraph.