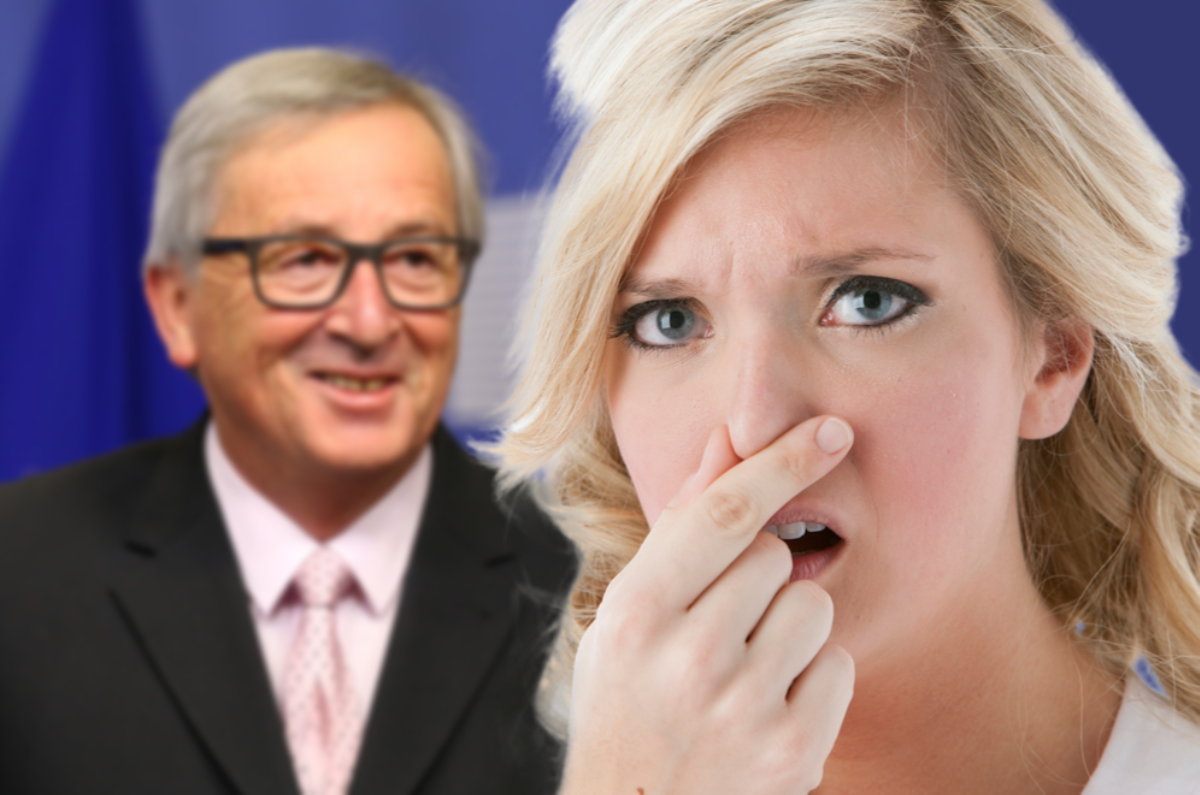 Fart enthusiasts, and connoisseurs have attended the museum since its opening in 1953, and this year, there is a celebration of 150 years of bottled farts, at the world renowned museum.

Situated in the leafy Brussels address of 41 Rue de la Loi, 1000 Bruxelles, Belgium, international visitors to the museum number in the millions every year, to explore the fascinating world of farting.

Curator of the museum, Monsieur Connard Raseur, welcomes initiates to the world famous Fart Museum to enjoy the sounds and smells of farts dating back 150 years.

“Today, we are celebrating 150 years of flatulation, or farts. We are truly honoured to have the president of the EU, Jean Claude Juncker, attend the celebration, where he will sniff a fart from 1937, and give us his verdict on its vintage quality. The EU grant of 350 million euros last year was greatly appreciated. We have also heard he is a particular expert in farting himself, and enjoys nothing more than to distribute cognac tempered Brussels sprout farts whilst in the EU Commission elevator filled with secretaries. Monsieur Juncker, will be invited to inter one of his famous farts as a special treat to visitors and many generations to come.”

When one enters the fart museum they are instantly amazed at the amount of bottled farts exhibited.

“We have bottled farts extending all the way back to 1868. C’est merveilleux. The fart from that particular year was preserved in quite a large bottle, and is still perfectly sniffable. According to our museum records it was presented to the museum by the family of a German gentleman of the era, his name, Heinrich Furz, is clearly written on the bottle label. His fart was preserved after he had ingested a meal of Königsberger Klopse, some Spätzle, and a large portion of Stollen, washed down with copious amounts of strong Bavarian ale.

“One of our most interesting farts is found from a bottle sealed and labelled in 1964. This vintage fart was produced from an old lady who at the time lived in a house on rue De L’abreuvoir, where she sold her farts as an aphrodisiac to Parisian gentlemen frequenting the local bordel, where the filles de joie would work day and night. It is said that Pablo Picasso, was a particularly frequent visitor to the Madam’s salon where he sniffed away the peculiar aroma to his heart’s content.

Visitors to the Fart Museum can also sniff vintage farts that are available on any particular day. For example on Tuesdays, the museum labels it ladies day, and tourists can sniff the female scented rosey farts backdated 150 years.

One visitor from Ohio, USA has visited the museum hundreds of times and is today sniffing a fart from 1945.

“There was a certain aftertaste to the nasal palate. An austere aromatic almond smell, resonating with embellishments of beefy farmyard blackcurrant tones furnished with strains of hydrogen sulphide suggesting a smattering of bad eggs mixed slightly with the heady bouquet of chaptalised cat’s urine. One of the more unique farts I have smelled. Let me have a look at the bottle, ah, this one was siphoned from the asshole of a Vichy collaborator governmental official who had recently been captured after the second world war had ended. Marvelous, I would never have guessed.”

To celebrate 150 years of farts, the museum is giving away a small bottle of vintage fart gas to every visitor who comes to the museum from the dates of 15 October to January 5th 2019. Tickets: 15 euros