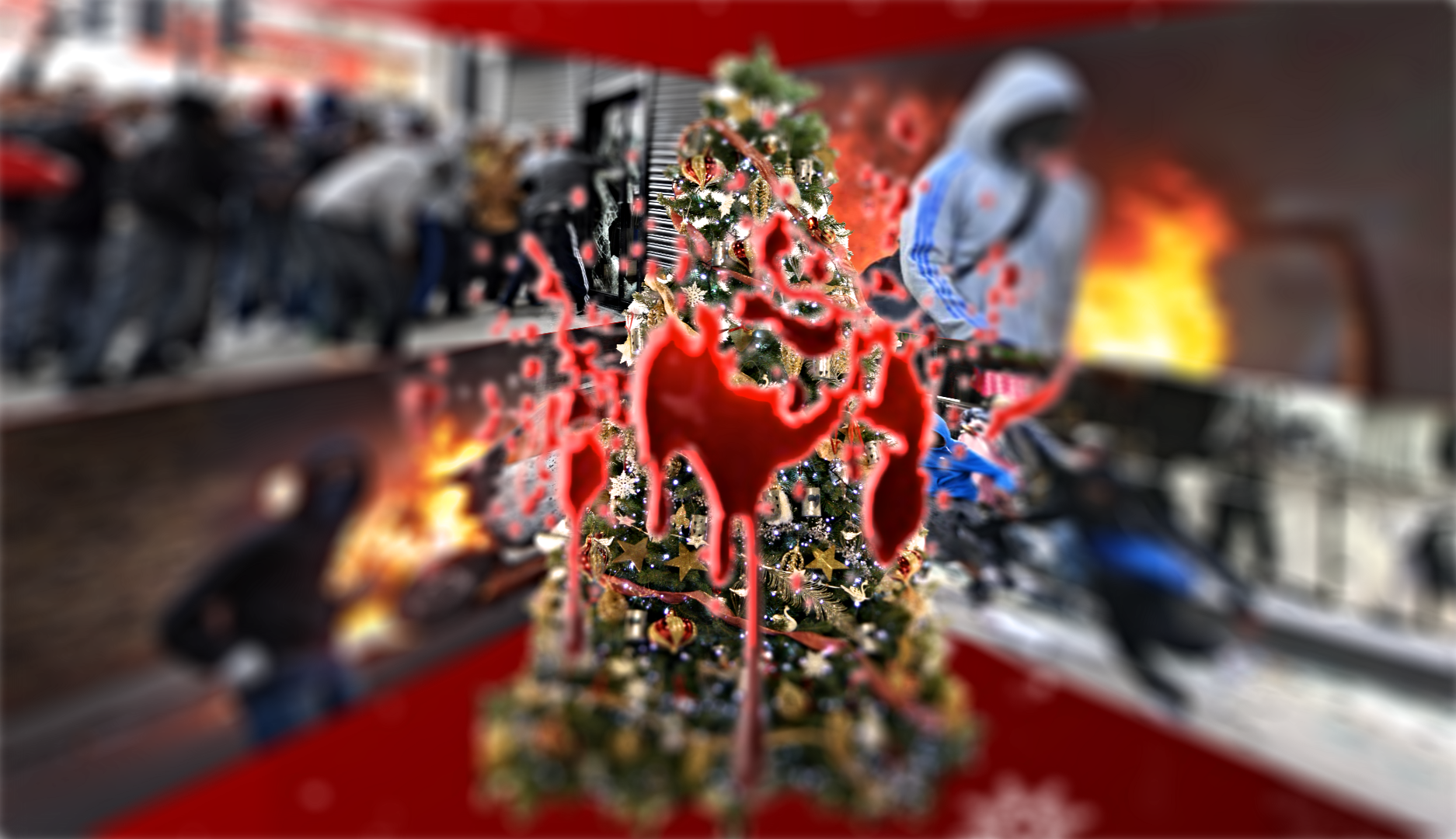 “I need a new plasma TV. I just went and got one. Innit,” one of the looters told Sky news.

The Daily Squib predicted that the U.S. style flash mob robberies would start soon in the U.K. and it seems we were right on the money.

The disenfranchised hoodies, chavs have all come out of their cages and been let out onto the streets.

David Cameron, who was enjoying a pizza in a Tuscan trattoria said today: “I just enjoyed a wonderful Margherita pizza with my wife, and we are now going for a walk in the piazza, maybe enjoy a glass of Chianti in a bar, then go back to our luxury villa and have a midnight dip in the pool.”

“It’s like Christmas, New Year and Hanukkah all rolled into one as the police are completely powerless against these flash mob robberies. The chavs use their mobile phones to mobilise in different areas where the rozzers aren’t, then move on again. It’s just a massive free for all shopping spree,” a local resident of Enfield, told the BBC.

Another local resident said: “This is the problem with building social housing amongst residential areas where people live. It means that there is a constant threat that the animals will get restless and run riot. It’s the ‘gibs me’ culture, where they think everything is owed to them. These are untermenschen, brainwashed by rap culture and they should all be housed in their own enclaves away from civilised human beings.”