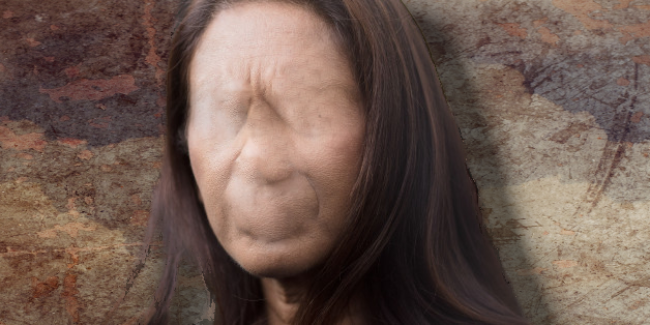 She may have a voice but she has no face. She is a faceless woman, a piece of meat that drags itself around the halls of inequity, a pariah who is so detested by millions that she has to hide and keep a coterie of armed guards wherever she goes.

Who is this faceless woman? Who is this detestable creature, a witch who digs her long sharp talons into the one thing that will bring Britain freedom from the shackles of the evil EU?

Her name is spat out as a curse when one steps on a dog turd, or when someone stubs their toe. She is so hated that even the mention of her name makes the skin crawl, and resembles the sound of claws dragging on a chalkboard.

From the pits of the Soros foundation Open Society, she is funded every month, and given envelopes from Brussels to cause mayhem to something she has no connection at all with. She does not belong in Britain and she does not care one iota for its people. Her only care is for the money she is dealt by shady deals from shady dark forces out to stop Brexit.

Here she comes again, and again, again. Much like an unwanted smell, she lingers too long, a fart directly from satan’s ass hole, or is that Juncker’s?

Please begone from these isles, these hallowed white cliffs, and the meandering brooks. You are a curse upon Britain, a stench, a faceless witch who delves into her cauldron every other week to try to thwart the will of Britain’s people.