Welcome to the land of donkey Britain, a sorrowful place where all hope of a real Brexit has been lost and instead we never left the EU, in fact, the EU is even more prevalent than it was before we supposedly left the damn thing.

As you can see, Theresa May, a Remainer, has capitulated to EU demands, as well as, shat on, and plainly insulted 17.8 million voters who voted to LEAVE THE EU in the EU Referendum on June 23, 2016.

There is no way this mess can be called Brexit, and it should be renamed as Remaixit, or Neverexit, or just a load of bollocks that has been going on inanely for months and months, only for Britons to be sold out at the last minute.

How it All Progressed 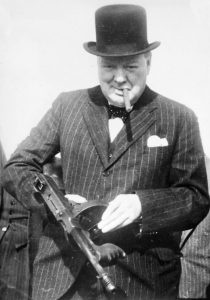 We’re literally banging our heads against the wall here, how the hell in satan’s arsehole’s name can this Brexit have gone down the shitter as fast as it has done? Are there any Brexiteers with any power to step in and sort this out? Surely, some Brexiteers in parliament must have a modicum of power? Jacob Rees Mogg, you talk the talk but where are you? Why do you not step up and do something? Boris Johnson, where is he? John Redwood, are you going to actually do something? All these people talk, and talk, talk, but there is no action in their words, or any will in them to actually do something.

The country is lost. Here we have Theresa May, a knackered donkey making a total ass of herself and her country. Britain is now a laughing stock around the world, a place where there is no courage, no fighting spirit left.

Who would have thought that Britain once upon a time fought and won two world wars?

The courage and fighting spirit of yesterday’s Britons is far gone, because today we only have cowards, simpering defeatists and balless wonders prancing around stages cackling away endlessly in some sort of insane circus repeating themselves endlessly.

Theresa May lied, because Brexit does not mean Brexit. She is therefore a liar, and should go now. There is no choice, there should not be any pity or mercy, she should be cut off, taken out, thrown away, for even the knackers yard is too good for her.

Begone you old withering witch, your days are numbered, and if the Tories do not do this, so will theirs.