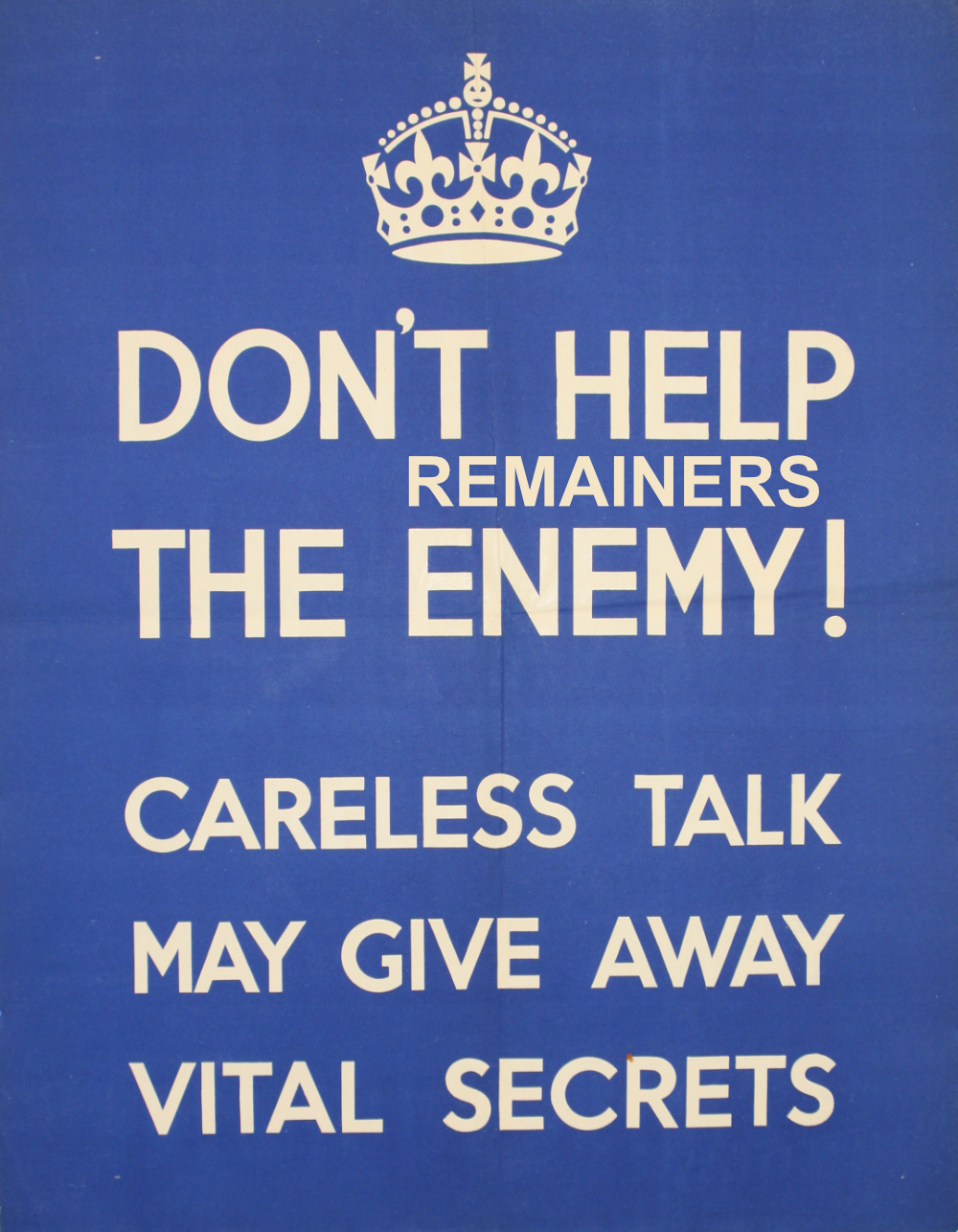 “Remainers are anti-British. Their actions are against the national interest and they seek to damage the UK by siding with our enemies. This makes Remainers very dangerous to the UK’s security and national well-being.

“We have studied the political ideology of Remainers and found them to either be communists, Marxist sympathisers or extreme socialists who are using treacherous methods to try to derail Brexit thus harming Britain even further. Remainers are siding with the EU and Britain’s enemies, who wish to punish the UK and destroy its economy.

“We have also delved into the workings of the Treasury and Cabinet and found many past and present within these governmental establishments as Remainers. Their every movement and action is to derail Britain’s progress and their allegiance lies solely in the undemocratic European Commission. These Remainers are therefore dangerous enemy agents embedded within the British government who are working against the country. These people should be viewed as treasonous traitors to the United Kingdom, and Her Majesty’s sovereign nation.

“The relevant security forces should thus take these threats against the UK very seriously. Remainers are not only entrenched within the governmental system working as spies and conducting clandestine operations against the UK, like Project Fear, as well as passing

British secrets to the enemy, they undermine our security and should be rooted out and expelled.

The Rise of Communism in Britain

“The major political parties have all been infected by the Remainers, and it is up to party leaders and administrators to root out these traitors and expel them from the parties involved in British politics.

“There is not much mention of this fact, but Britain is now on a war footing, and these spies within our system are committing treason. There is no other discourse but to compile a list of Remainers who are trying to damage Britain’s democratic processes, and to punish them either with imprisonment or expel them from the UK. Remainers are in the same league as terrorists, espionage, and treasonous traitors.”

Remainers are Not to Be Trusted

Remember if you see a dangerous Remainer or know of one, ignore everything that they say, and in the future hopefully they will be silenced forever for their treasonous anti-British treachery and their allegiance to the enemy.