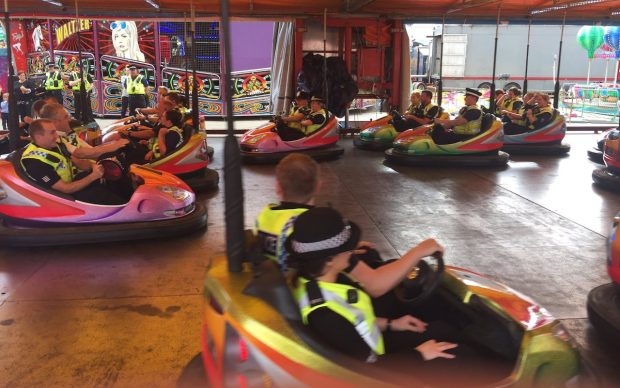 There have been collective cheers across the capital from criminals as a senior Metropolitan police officer declared an amnesty on most crimes committed.

What this means is burglaries, assaults, criminal damage, drugs and theft will not be pursued by the police.

This new policy leaves a massive green light to criminals, not only the ones in the UK but across the world to come here to create more crime.

Albanian mafia member, Bekim ‘Big Issue’ Dragusha, who operates 15 brothels in the capital as well as runs a lucrative burglary and pickpocketing team, was happy about the new police scheme not to prosecute his hard working employees.

“Thanks to EU we come here and make big business. Some of my team sometimes get arrest. This not good for business. The news I hear from police today good news. My profit margin and ROI increase by 25% already. We are now going to bring over whole crew from Bulgaria and Romania. We talking thousands more of my wonderful friends into your country which we are stripping slow by slowly. Innit!”

The deputy assistant commissioner, Mark Plonke, said: “With the pressure on our resources, i.e. That bitch Theresa May has not given us the right budget, it is not practical for our officers to spend a considerable amount of time looking into something where, for example, a house has been burgled or a shop has been broken into and its contents emptied , or the victim can still walk after an assault. I just told my officers to stand down. In a few months let’s see what happens?”

There are even calls by the Met to relax more serious crime responses, like murder or rape.

“We are testing a new scheme in Lambeth council, where if you commit murder, you will be liable to investigation only after your third killing. With the crime of armed robbery, criminals will be let off if they attempt to rob a bank but it fails, and they will only be prosecuted after their fifth successful bank robbery, as long as some of the proceedings from the robbery go to the Met police.”

When asked about the question of crime statistics for this quarter, the deputy assistant commissioner just said: “No comment. I’m off to the dodgems at my local funfair.”

Time to spark up another fat one, and get the hydroponics kit out from the garage. It’s a free for all…