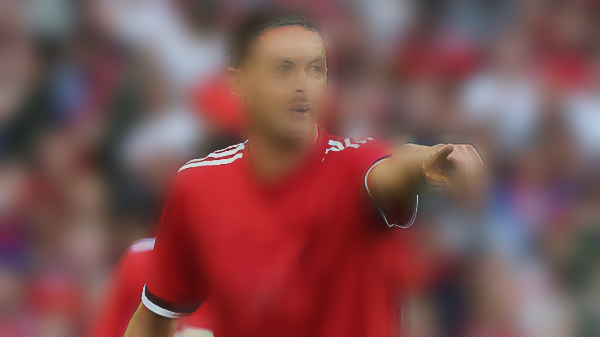 In the days before the Premier League your typical footballer defender lacked more than a little in the way of finesse. The strongest teams defensively were those whom possessed the strongest defenders – no-nonsense guys such as Leeds’ Norman Hunter, Chelsea’s Ron Harris and Liverpool’s Ron Yeats.

Some of the ‘tackles’ unleashed on a regular basis by such players would warrant straight red card, lengthy bans and even possible criminal charges in the modern day EPL, therefore defenders have to be more savvy, more skilful and less prone to scything down opponents.

This means that to be successful defensively, teams require that their midfield give their defence an important extra layer of protection.

It’s therefore no surprise that Manchester United have improved in spades this season following the capture of Nemanja Matic from Chelsea. Any kind of Man Utd tactical analysis would point to the deployment of Matic in the defensive midfielder role as being key to Mourinho’s men’s successful start to the 2017-18 season.

Chelsea’s sale of Matic from their 2016-17 EPL-winning side was an immense surprise, and,
judging by Antonio Conte’s side’s lacklustre start to their title defence, it could prove to be a costly mistake. True that in Tiemoue Bakayoko’s signing Conte prepared a replacement for Matic, but this is Bakayoko’s first season in the EPL and the £40 million received for Matic just does not instantly replace three excellent seasons of EPL experience.

There are of course other reasons why Manchester United have improved defensively this season (Phil Jones is having his best season for the club by far), but the impact of Matic cannot be under-estimated.

At the end of last season Mourinho was quoted as saying he was looking for a ‘Matic-type’ player, but the ex-Chelsea boss may not have dreamed that he would ever land Matic himself. Not many in the footballing world would have dreamed that Matic – still only twenty-nine – would have been allowed to exit the Emirates so easily, and especially not to one of Chelsea’s biggest EPL rivals.

Although primarily a defensive midfield player, Matic can usually be found all over the pitch – wherever the opposition has the ball, in fact. If Matic is not breaking down the play, he’s helping to recover the ball for his team. Last season Chelsea left the tackling to N’Golo Kante which lessened Matic’s typical impact for the side and may have convinced Conte that a younger replacement in Bakayoko was a good idea. Mourinho has used Matic in the same role – this time alongside Ander Herrera – and Matic has proven he still has a lot more to give in his career. Chelsea’s loss is very, very much United’s gain.