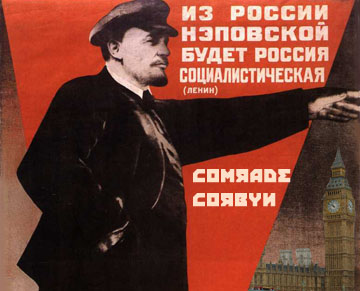 What many of his followers do not know is that Jeremy Corbyn is deemed a threat to national security by Special Branch and the MI5, because of his links to terrorist groups as well as his ideological beliefs which include Marxism, communism and his plans to use totalitarian authoritarian ruling techniques that would thwart democracy.

Communism is a political ideology which was responsible for more than 120 million deaths in the 20th Century. As an authoritarian ideology it is one of the most inhibitive forms of rule, and if Corbyn and his Momentum group come into power, not only will our democratic values suffer but many of our treasured institutions like parliament and the royal family will be damaged forever.

As a staunch republican, Corbyn is planning to do away with Britain’s long standing royal family. He also wants to nationalise every part of business, including the banking industry. He wants to undo Brexit and gain ever closer union with the EU, as well as dump the British pound for the euro.

Under Corbyn, Britain will become a de facto Soviet state where all speech will be heavily monitored and censored. There will be another massive increase in surveillance and monitoring of private citizens will be seen as the norm.

All other political parties will thus be outlawed under a Corbyn communist regime, and those who disagree with him will be imprisoned. This hard line method is exactly what Corbyn plans to unveil a few years into his rule.

The Orwellian nightmare brought upon the UK will be so awful that many will try to flee these shores, and many will be caught and put into re-education programs.

With Britain’s wealth tied up mainly in property, punitive taxation schemes will whittle down private wealth and move it to the state. Eventually, the plan is to abolish all ownership of private property, apart from those deemed worthy, i.e. high party Labour officials who will get preferential treatment.

Labour during the election campaign has been targeting Britain’s youth, who do not know anything about communism, let alone politics. By targeting the youth with false bribes relating to free education and free benefits, free housing, free travel, free beer, Labour is making promises it cannot keep but will ensure a young vote, simply because the youth only see the word ‘free’ in front of everything. This ploy suckers in many naive young people who do not bother to question and are ill informed about economics and politics.

June 8th is thus the day that the country will either be saved or lost. If Labour wins, you must start thinking of leaving Britain and taking your hard earned wealth before it gets really bad, if the Conservatives win, then Britain and Brexit will be saved.