The evil mind control techniques capitalise on the naive, low information young voters who do not understand politics or the machinations of the world yet.

“By targeting the youth, you are targeting a group of people who are very susceptible to believing in lies, just as long as these lies are peppered with seemingly true false promises and bribes. For example, Labour is saying that all tuition should be free, and this will help a generation of kids, however they are also not telling the kids that Britain has a deficit of £1.8 Trillion and that by adding onto the debt mountain, these kids will be paying treble for the burden in the future, as will their kids, their grandchildren, and many generations ahead,” an observer revealed. 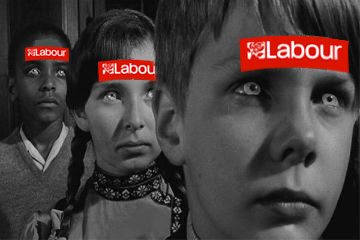 Labour, is not only utilising soviet techniques of repetition to drum through their lies to the easily susceptible youth but further techniques in play include: coercion, bribery, blatant lies interspersed with bits of factual truth, ad hominem attacks on the opponent, as well as social alienation if you do not tow the party line.

An Oxford team of researchers has already caught out Labour using bots on Twitter to continually discredit Theresa May and the Conservatives. The millions of fake bots are set up to continually spew out hatred and derision at anything that is Tory.

This coupled with a youth who are easily swayed, never ask questions and are always up for free things is a recipe for disaster when it comes to an election.