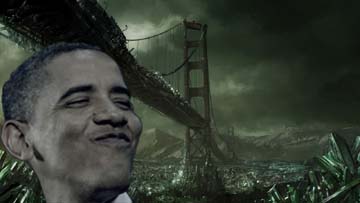 Having been the most spendthrift socialist president of the United States’ history, Obama has nonchalantly condemned the nation into so much debt that it can never be paid off even if every American worked for the next hundred years without a break.

“The first night in the White House, I told Michael, we’re gonna burn this cracker house down once and for all. What hurts whitey most? Taking away their money, and looking back, I spent me some and more,” the president quipped from his chair whilst vacationing for the last time on the taxpayers dime in Hawaii.

“I’m proud to be the biggest spender, $85 million on holidays, Obamacare phones, Obamacare doctors, useless stimulus projects, trillions on jobs that never happened, and what have I got to show for it? Yep, nothing, nada, the unaffordable care act, where families are forced to spend on higher premiums for less care.

“All the while I’ve been laughing my ass off, eating the finest foods while hard working Americans barely can put food on the table.

“My conscience is clear though folks, by adding 7.6 trillion dollars to the deficit I’ve secured a future of poverty and destitution for many generations to come. Trump won’t be able to fix this scorched earth policy, he will take the blame instead of me, besides look what I’ve done to the country, now it’s so divided, racially and politically that if there isn’t a civil war within his first term I’ll be surprised.

“Under my non-watch we lost Crimea, Libya, Iraq and Syria. I let the Russians walk in without a fight. I’m useless at geopolitics, just want to play golf and twiddle my thumbs as I sit on my lazy ass talking to real pillars of the community like Jay Z.

“My legacy will be one of helping the black folk…get poorer and more violent in their nigga rage. More riots, and I encouraged it hundred percent. I armed those ‘mild’ jihadis in Syria, and watched the place burn down, killing women and children, bombing them into nothing, and I giggled my ass off. Who cares? I don’t and that’s for certain.

“Oh sure, I am a control freak, look what I did to freedom of the press, to free speech. I made America into an NSA snooping playground, where every citizen is treated like a criminal, where all your data is analysed and kept. Facebook is by far the greatest database we have, and we own it, we tell the Jew to jump, and he says how high? We helped him create that thing, so we can destroy it too if he doesn’t comply. Drink up your Koolaid American citizens, you politically correct trained soviet monkeys, you communist social justice warriors. You’re all too brainwashed to know you’ve been played.

“Opening the doors to South America was my defiant fuck you to America. I made sure that every drug dealer, pimp, gangbanger from here to Caracas was given a free pass. That’s how I want America to be destroyed from the inside, quiet invasions. Under my orders, America gained tens of millions of undesirable criminals all walking the streets waiting to rob and rape your families.

“Don’t forget folks, there’s even more good news, Federal unfunded liabilities now exceed $127 Trillion, that’s on top of the U.S. deficit of 21 Trillion I helped to increase. To me it’s all chump change, let the crackers get out of this one. Nigger slaves built the White House, so even though I ain’t African American, I”m full African, we gonna burn this mutha down once and for all. Those whites who voted for me are just too dumb to know it. Fooled them not only once, but twice. Shame on you. Hah!” 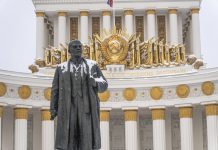