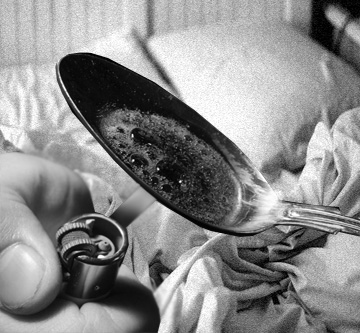 George Michael took a last needle full of heroin, as his boyfriend went to make another score of drugs from some festive drug dealer,  a bloated mess on the sheets, this was not the George Michael of Wham, prancing around a TOTP stage in little white gay shorts, but a fat parody of himself, sweating, grey and already in the early throes of rigor mortis.

All those years abusing his body had finally caught up with him, all those years in Hampstead Heath bushes getting buggered by white van men, must have now worked itself into a massive rectal prolapse, as befits these ageing homosexuals all too often as the medical fraternity would certainly reveal to shocked listeners if they were listening into a hospital conversation.

The excess of cocaine, crack, weed and heroin always have their toll, as we saw a few years back with Michael slumped on his Range Rover somewhere on a roundabout in North London. Heroin is by far the most beautiful of drugs bestowed upon us from the earth, however it must be treated with the utmost respect, and not abused. One can live quite a fruitful life on heroin, only if used correctly. As in most cases, it is rarely used properly.

The bout of pneumonia in Switzerland a few years ago gives us some clues as to the state of George Michael’s health, normal healthy people don’t nearly die from it, but those whose immune system has been depleted by HIV or AIDS do, and the pallid grey corpse of George Michael singing in concerts after his long hospital stretch reveal this all too well.

That afternoon, as his gay lover came back from another score, he checked in on his beloved Greek lover boy to find only a lifeless body, one hit too many, or maybe a hit too late, as he could have been dying for the next score, or the AIDS finally kicked in shutting down his internal organs. We will possibly never know as the record company keeps things hush hush for post-death sales.

The devil has finally taken his contract and soul, and he is far gone in the mists of Hades to care, as many would be in terror of the proceedings, it is most certain that George would enjoy it down there, especially with his masochistic streak.

Aye, it’s another Christmas, and the celebrity flesh is falling much like rotting carrion from a passing plague carriage.