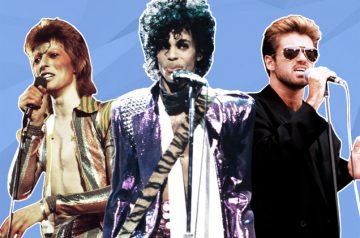 Speaking from the crossroads, just east of Clarksdale, Mississippi, we asked the devil what business was like in 2016?

“It been good, I got me a good crop this year. Bowie, Prince, George Michael. They had the full run of what I offered them. They signed on the dotted line all those years ago, and when it was time to collect, all I had to do was stand by and let their souls slip through. This is one contract they couldn’t get out of.”

To have such musical icons lose their physical bodies in 2016 has been quite the harvest for satan but still he’s waiting on some big souls who have been holding out for way too long.

“I’m still waiting on a friend, or two. The Rolling Stones will eventually roll my way again, they been holding out, I give em my respec’, but Mick and Keith, you’ve had your run and then some, I made you the greatest surviving rock’n’roll band in the world. Sooner or later you’re gonna have to come to papa.”

Wearing a pristine black suit, black hat and sporting a toothy grin that could make milk curdle, the devil winks mischievously, then disappears in a puff of smoke, leaving a slight sulphurous smell.