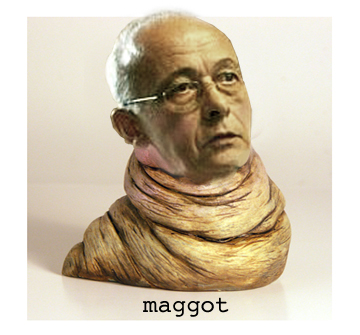 By calling the British people ‘stupid’ he in fact reveals himself to be an unintelligent pustule of treasonous puss seeping through the veins of the unelected House of Lords.

The Europhile peer has claimed Britain needs intelligent migrants to come to the UK because ‘native’ Britons are ‘so bloody stupid’.

Here is a man who has benefited highly from British taxpayers, who have serviced his chauffeur driven limousines, his first class flights, his mansions, and privately educated his children, calling the people ‘stupid’.

Maybe the taxpayer has been stupid to finance this maggot of a human, a contemptuous traitor willing to sell Britain off to the lowest bidder.

As for the intelligent migrants he speaks of, yes there are a few, but the majority are now selling copies of the Big Issue outside your local train station, or receiving vast amounts of state subsidies, burdening the NHS, and overcrowding the schools. Something Lord Maggot Kerr would not know about since he lives in his taxpayer funded mansions replete with duck houses and luxury.

If there ever were a time to bury these cockroaches infesting the House of Lords, now would be a good time to begin.