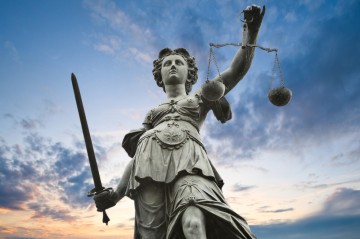 It was the day democracy came back to Europe.

The road to a place where the firmament of justice and democracy lies is not paved with gold, but it is paved with hardship, with thorns and it is perilous, but it is the right path to take, and the British people chose this path over the undemocratic easy EU path where Britain would have become a subservient slave to other masters.

To forge your own path in life, embodies courage, honour and guts. Bravery of immense proportions was displayed at the EU referendum polls last night, as Britain broke free from an entity that eviscerates nations, and in a calculated nature condemns countries to a future of conformity and allegiance to unelected Eurocrats.

Yes, the EU will survive Britain leaving, but it will be an EU made up of sclerotic stuttering countries, most in vast debt, unemployment, unable to solve their economic circumstances because of restrictive EU regulations and economic curbs. Most importantly, the EU through its malevolent obstinate unwillingness to reform has resulted in Britain leaving, a nation that is truly the head of Europe, not only geographically but historically, economically, militarily and culturally.

No doubt, we will still get nil point at the insipid, politically motivated Eurovision song contest, if it is even held next year, although not many care, but our legacy has been about bringing forth a real democratic force back to the European continent so all of that other dross does not matter any more.

This is a dawn of a new era, where Britain will regain its voice once again, taking back the reins of its own destiny.

The guileless protestations of the youthful naive Europhiles on the likes of twitter, are merely that. These people did not know how the EU really operated, they did not know of the machinations of the EU behemoth, and were brainwashed, comprehensively tricked by the likes of Cameron and his ministries of disinformation. Such was the inclusive brainwashing of some of these people that they actually believed ‘we are stronger IN’ within some Borg-like EU cube of multiple regulatory undemocratic restrictive gravy train driven soviet enslavement.

Those brainwashed citizens have now been educated in democracy, and let us hope they learn their lesson well, and break free from their mind-altered EU hypnosis. To awaken from their state may be quite a shock, but it is a good shock to the system.

The chief architects of this British EU misery were Tony Blair, Gordon Brown, Peter Mandelson, David Cameron and George Osborne. Their evil plan failed. They were scuppered by the Brexit campaign, democracy, and ultimately the people.

Today, you can walk the fields of England with your head held high, and know you are a free man or woman. You can be proud that Britain stood up for what it believed in, for freedom from tyranny, totalitarian rule, undemocratic restrictive laws, and that awful circular starred flag where each star depicts a death of a nation. Soon that flag will have one less star, and that loss will symbolise the rebirth of a nation from the ashes of EU servitude.