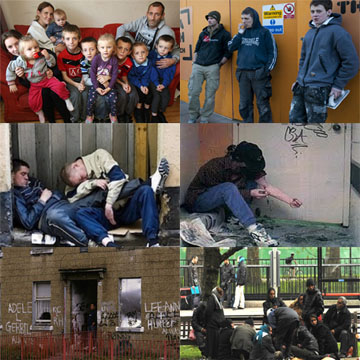 This EU referendum has been more about England and Wales Versus Ireland and Scotland as demonstrated by the voting pattern. With the Scots voting overwhelmingly in favour of the EU, the SNP leader, Nicola Sturgeon is now citing this as a reason to hold a second Scottish referendum, thus leading to the breakup of the United Kingdom.

According to the Edinburgh Agreement of 2014, the Scottish referendum was a once in a generation legally bound opportunity for Scotland to break away from the UK. They chose not to do so by 55.3% once the referendum was held on 18 September 2014. The EU referendum result is nothing to do with the SNP manifesto, and Sturgeon’s threats are not legally sound.

The SNP have lost their majority in the Scottish parliament, and any move to split the UK up would be contested heavily.

Oil revenues have dropped by 94% with the price of oil at a now perpetual low which will not rise any time soon. Revenue from North Sea Oil from 2015/16 – fell to £130 million. That is a drop from the £2.2 billion of the previous year.

Due to a decreasing revenue stream Scotland relies solely on the UK paying them money to keep afloat as the majority of the Scottish population are not able to pay taxes. The UK pays Scotland through the Barnett Formula £15 Billion over the amount that is raised by their taxes just to keep their public services afloat. Therefore, Scotland relies on England just to keep it afloat, especially with oil revenues at such a low level.

If Scotland wanted to leave, they would not only lose the UK handouts which amount to 15% of GDP, but they would not be granted use of the Pound Sterling.

Regarding currency, if Scotland wishes to join the EU, they would have to adopt the euro currency, additionally Scotland will have to pay Brussels £1.5 Billion per annum as is required by every member state.

If Nicola Sturgeon is willing to increase taxation on Scots by 65% to accommodate a 15% loss in GDP and a £1.5 Billion EU charge, she should not consider her vindictive knee-jerk move for a second Scottish Independence Referendum which will make her country poorer than it already is.