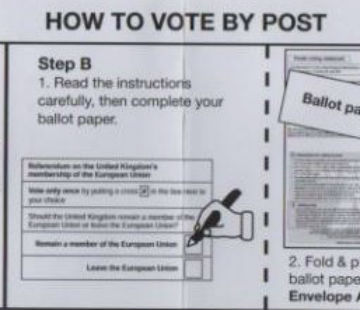 In a blatant disregard of electoral rules, the instructions for the postal vote clearly guides the voter to ‘Remain a member of the European Union’ with a graphic of a pencil in the box for that selection.

The instructional leaflets have been sent to thousands of council households with the postal ballot papers.

The guide is most certainly one that leads the voter towards voting to remain in the EU, and has a clearly defined picture of a hand with a pencil within that box. 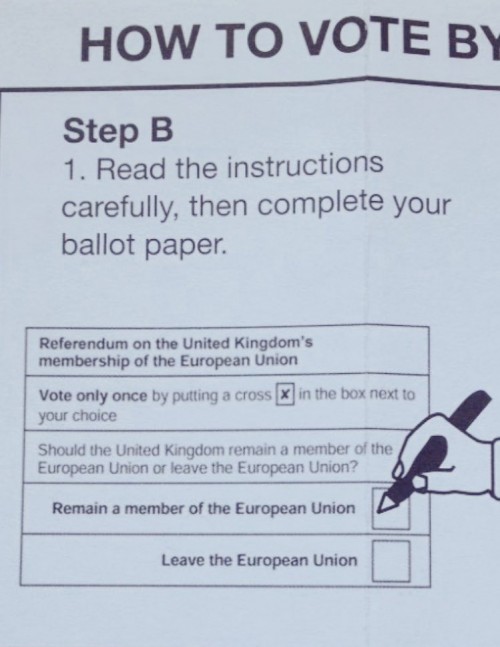 The aim of the EU referendum postal vote instructions, which was created by a pro-EU government agency is to guide the voter to vote remain in the EU, and is a blatant contravention of electoral rules which forbid the suggesting of how voters should vote on election materials.

In a skewed EU referendum, this instructional guide on how to vote to remain in the EU is no surprise. Everything about this referendum has been in favour of the remain camp, and there has been little or no impartiality.

Britain has descended into the electoral practices of Robert Mugabe’s Zimbabwe, and even though there is a legal case against these instructional guides, it is probably too late for any legal action as the damage has already been done.

Naturally, no one will be held accountable for what is most certainly a case of electoral fraud.