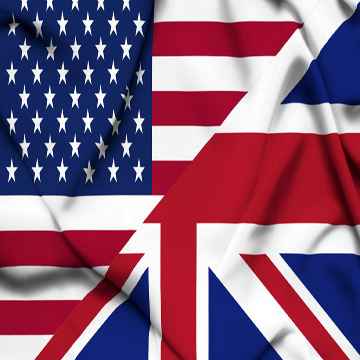 Mr Grayling began his speech by stating that a politician in the United States would struggle to garner support by advocating joining an organisation which mirrored the European Union:

‘There should also be Supreme Court of the Americas, perhaps in Venezuela, to outrank the US’s own Supreme Court, and to take decisions that will be mandatory in the United States.

‘We should even consider having an army of the Americas, and do away with antiquated ideas like the United States having its own military.

‘And to achieve this dream, we have to give every citizen of the Americas the right to live and work wherever he or she chooses across the whole of North and South America…

‘…Suggesting that the United States should be part of such an organisation does not seem to me to be a political platform likely to command widespread support here.’

He went on to highlight how the creation of the euro has been damaging for the EU, and that a solution to the problem is difficult to find:

‘The seminal moment for the European Union came seventeen years ago with the creation of the single currency. In my view the countries that joined the euro created the economic equivalent of the San Andreas fault. They tried to create a single economy in a geographic area where there was no single government, no common culture or commonality of performance, and where the traditional escape valves when things went wrong in underperforming nations simply disappeared…

‘…But there’s no easy solution either. You can’t just kick a country out of the Eurozone without creating that massive collapse either. If Greece had been forced out of the Euro, it would have been left with a devalued currency, unable to afford to pay its Euro-denominated debts. It would have defaulted and left massive losses across the continent. And then the pressure would have built up on other countries, and the contagion would have spread. And would spread if and when all of this happens again.’

The Leader of the House of Commons discussed how as a result of the failures of the single currency, the eurozone must integrate further:

‘The plans are already taking shape. Angela Merkel, the German Chancellor, her deputy Wolfgang Schauble, the Italian Finance Minister, the French President Francois Hollande, the Speakers of the biggest Eurozone Parliaments, the Presidents of the big EU institutions have all called for political union. It means, according to Hollande, a Eurozone Parliament, a common budget and a common cabinet. Inevitably it means giving up independent nation status.’

Although recognising that the UK is outside the euro, Mr Grayling explained how this integration will still have a major impact on Britain:

‘And as the member countries of the Eurozone move to unify more and more of the way they govern themselves, many of those changes inevitably will be applied to the UK as well – because we are already subject to EU-wide legislation in those areas. So if the Eurozone takes a decision about how to operate its banks, Britain and the City of London are affected by the same rule changes and we can do nothing about it.

‘As the Eurozone federates, and the EU becomes a single block with a single Government, what happens to the bit stuck on the edge? The UK. We will have little ability to defend our national interest. We will be outvoted all the time. But more and more of our law-making will be sucked into Brussels. We will be of marginal importance while footing a large slice of the bill.’

He concluded by suggesting that President Obama was wrong to intervene in the EU referendum debate. However he assured attendees that no matter the result of the vote, the UK would continue to have a special relationship with the US:

‘Inside or outside the EU, Britain’s relationship with the United States will and must remain strong. Neither of us should ever be at the back of the line when it comes to working together. If Britain chooses to leave, our partnerships in defence, in intelligence, in counter-terrorism, in trade and in culture should remain strong and unchanged. Neither of us would benefit from growing apart, and neither of us should want that to happen, regardless of how Britain chooses to shape its future.’