“It is completely disingenuous to suggest that we are safer inside the EU.

“EU law is undermining our bilateral relationships with key allies in the Five Eyes Alliance, whilst the European Court is seeking greater controls over our intelligence and security services.

“The inability to control our own borders means that we cannot stop criminals entering the UK. And plans to give Turkey visa-free access to the EU will create a free travel zone from the English Channel to the borders of Syria and Iraq.

“In order to strengthen our national security, we must take back control on 23 June.” 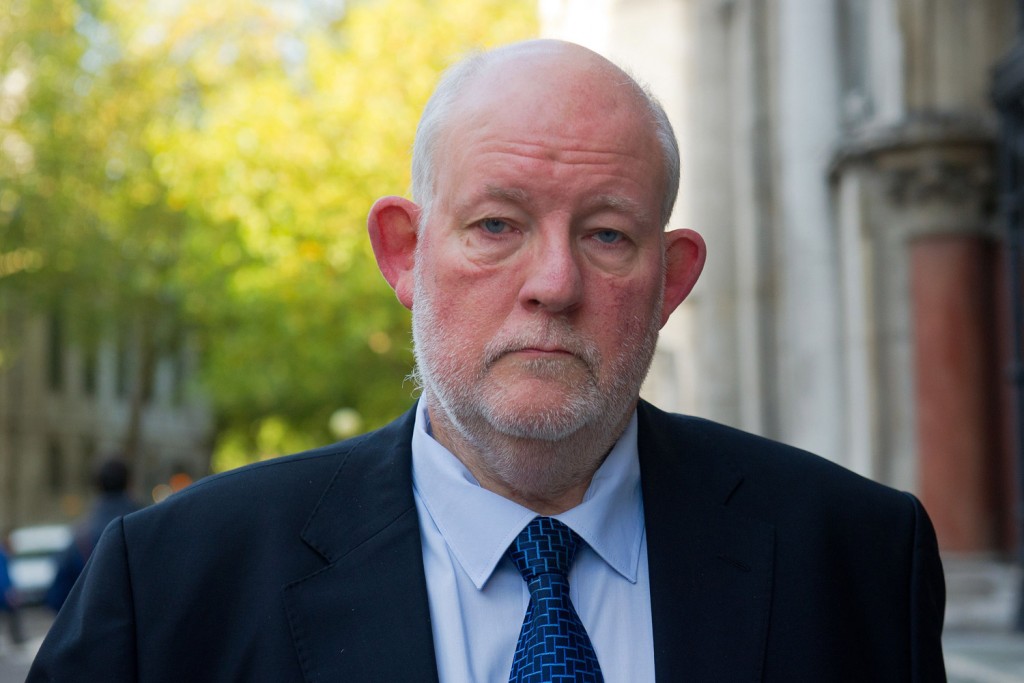 The British public will take no lectures from Charles Clarke on security, who was forced from office due to his inability to protect the public from foreign national offenders.

In 2006, Charles Clarke was sacked as Home Secretary. This followed the Home Office’s decision to release 1,023 foreign national offenders from prison without being considered for deportation. Those released into the community included killers, rapists and child abusers.

Charles Clarke knows how dangerous it is for the European Court to be in control of our borders. As Home Secretary, he tried to exclude suspected terrorists the courts have concluded must remain in the UK because of EU law.

In 2005, the Home Secretary, Charles Clarke, refused the French-Algerian national ‘ZZ’ readmission on return from a trip to Algeria and expelled him on the grounds of public security.

The European Court of Justice ruled that where the Home Secretary believes a suspected terrorist should be excluded from the UK, but also considers disclosing the case to the suspect would damage national security: ‘the person concerned must be informed, in any event, of the essence of the grounds on which a decision’ against him is taken.

The Court of Appeal observed that these rights under EU law ‘cannot yield to the demands of national security’. This means the Home Secretary either has to disclose information that might prejudice national security or allow suspected terrorists into the UK.

In 2015, the Special Immigration Appeals Tribunal ruled the UK could not exclude ZZ from the UK because of EU law, despite the fact that he was a suspected terrorist. The Tribunal concluding that: ‘We are confident that the Appellant was actively involved in the GIA [Algerian Armed Islamic Group], and was so involved well into 1996. He had broad contacts with GIA extremists in Europe. His accounts as to his trips to Europe are untrue. We conclude that his trips to the Continent were as a GIA activist’. 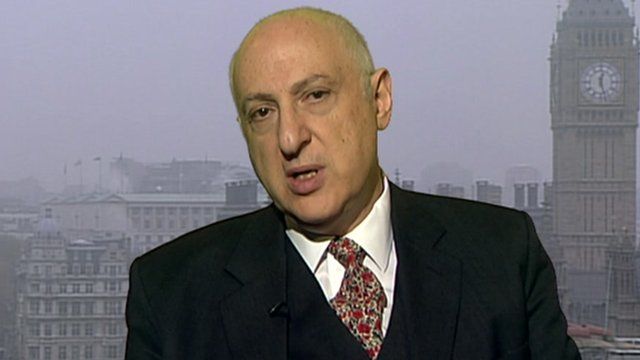 Lord Carlile of Berriew knows how dangerous it is for the European Court to be in control of our intelligence agencies. He has supported surveillance legislation which has since been struck down because of the EU’s Charter of Fundamental Rights.

Lord Carlile supported the Data Retention and Investigatory Powers Bill in 2014, stating: ‘I support the Second Reading of the Bill on the understanding that its purpose is to preserve evidence of a kind that is currently available to the courts … There is a necessity to ensure that such crucial evidence remains available’.

The Home Secretary, Theresa May, described the legislation as ‘crucial to fighting crime, protecting children, and combating terrorism’.

In July 2015, the Divisional Court in London annulled the Data Retention and Investigatory Powers Act 2014 for being inconsistent with the EU’s Charter of Fundamental Rights.

The European Court heard the case on 12 April, but it will not issue a decision until after the referendum on 23 June. The Justice Secretary, Michael Gove, has proposed emergency legislation in the event of a leave vote to prevent the European Court interfering with our security services.

The UK’s border controls are under constant attack from the European Court of Justice. In December 2014, the European Court said that the UK cannot require family members of EU citizens from other EU member states to have a permit issued by UK authorities. This is despite the fact that a High Court Judge had found permits from other EU countries to be systematically forged, stating ‘Systemic abuse of rights and fraud calls for systemic measures’. The European Court’s rulings make it easier for terrorists and criminals to enter the UK using forged documents.

The 2014 judgement of the European Court also means that the UK cannot require persons purporting to be EU citizens to have a document issued by the British Government which attests to that status ‘in pursuit of an objective of general prevention’ of terrorism and serious crime.

This constitutes a threat to the UK’s security, in light of the fact that ‘eight Schengen countries were on the list of the top 10 nations reporting stolen or lost passports in Interpol’s databases’, according to the former Secretary General of Interpol, Ronald K Noble. This is a risk to security. The Italian ID card, for example, is made of laminated card. In April 2016, Frontex noted that: ‘The number of persons aiming to get to the UK with fraudulent document significantly increased (+70%) compared to 2014. This trend is mostly attributable to the increasing number of Albanian nationals often misusing Italian and Greek ID cards followed by Ukrainian nationals abusing authentic Polish ID cards‘.

The UK is obliged to admit EU citizens with ID cards as well as passports.

The European Court has also held that the UK cannot automatically refuse persons entry because of an alert on the Schengen Information System, ‘without having first verified whether their presence constituted a genuine, present and sufficiently serious threat affecting one of the fundamental interests of society’. 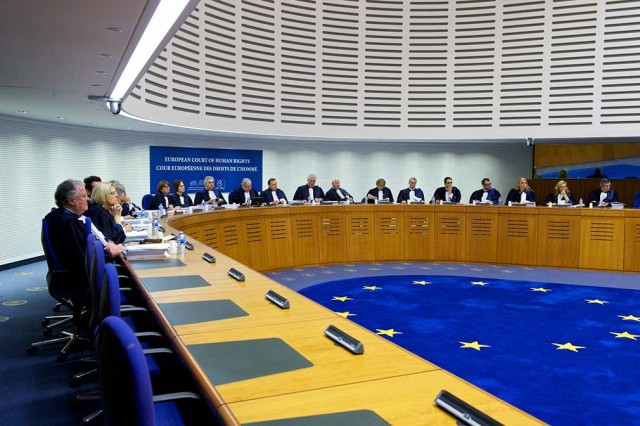 The European Court has made it much harder to remove terrorist sympathisers and convicted killers.

On 4 February 2016, Advocate General Professor Maciej Szpunar issued an opinion stating that it was ‘in principle’ contrary to the Treaties to remove ‘CS’ from the UK, notwithstanding the fact that she had been convicted and sentenced to a year’s imprisonment. It was subsequently revealed under parliamentary privilege that ‘CS’ was the daughter-in-law of Abu Hamza, who was convicted of attempting to smuggle a SIM card to him in high security prison (Guardian, 6 February 2016, link).

EU law prevents us from removing serious criminals, such as violent killer Theresa Rafacz, a Polish national who killed her husband, including by kicking him in the face with a shod foot while he lay on the ground defenceless and drunk. Mr Justice Hart ruled the offence involved ‘gratuitous violence’. She was sentenced to four years’ imprisonment. Nonetheless, Mr Justice Blake later ruled that EU law prevented her removal, stating that there was ‘no basis’ which could ‘justify her deportation on the grounds of public policy’. 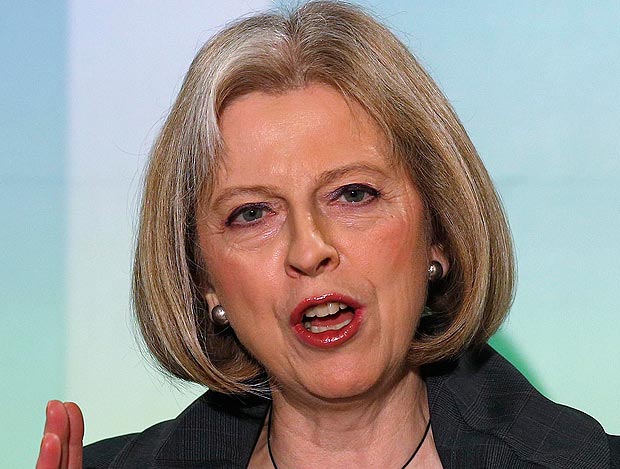 In 2014, the Home Secretary said that ending the European Court’s control of our criminal justice system, which the Government accepts is the risky option, would form part of the renegotiation. It didn’t and the European Court remains in charge of many areas such as extradition and child protection.

In November 2015, the Home Office admitted that: ‘The current Government would not have ceded CJEU jurisdiction over the field of policing and criminal justice during negotiation of the Lisbon Treaty. It is clear that accepting CJEU jurisdiction over measures in the field of policing and criminal justice is not risk free. This is because the CJEU can rule in unexpected and unhelpful ways… The Government considers, however, the risk of CJEU jurisdiction to be at its greatest as concerns matters relating to substantive criminal law. This is a matter that should be determined by our sovereign Parliament, particularly given that the relevant measures are often open to wide interpretation. This also reduces the risk of the EU obtaining exclusive external competence in relation to such matters’.

In January 2015, the Government called for greater action on the sharing of criminal records. Nothing has been done since. The EU institutions are too sclerotic to protect our security.

In January 2015, the Home Secretary, Theresa May, said: ‘We must work to share more data about criminal convictions, and must accelerate work to consider how we share conviction data proactively. We are making some progress through the SOMEC project on mobile criminals, but there is more to do. We need to ensure that all member states retain and share information about “spent” convictions for serious offences for appropriate lengths of time’.

Nothing has been done to adopt these proposals since.

The failure to share criminal records facilitates the movement of dangerous criminals across the EU. Those who have come to the UK include Victor Akulic, a Lithuanian with many convictions including for child rape, who within a year of entering the UK committed rape, with Lady Justice Hallett asking, ‘do we have to take in anybody, even if they have a conviction for raping a child?’, and Ireneusz Bartnowski, a Polish national with previous convictions who killed Guiseppe and Caterina Massaro within weeks of arriving in the UK in an attack the judge described as ‘evil beyond belief’.

It is not necessary to be in the EU to have working extradition arrangements.

Recently, we extradited a murder suspect from Ghana in just over a month. The suspect subsequently pleaded guilty to murder at the Central Criminal Court.

The UK could continue to be part of the European Arrest Warrant if we Vote Leave.  As the Independent Reviewer of Terrorism Legislation, David Anderson QC, has confirmed, police and security cooperation would continue if we Vote Leave.  Asked: ‘But we could still have tools like the European Arrest Warrant and sharing of databases even if the UK left the EU?’, David Anderson replied: ‘I think that’s very likely’ (BBC Daily Politics, 1 March 2016).

If we end the supremacy of EU law, we could also stop the European Arrest Warrant being abused by foreign prosecutors which is currently illegal under the EU’s Charter of Fundamental Rights. 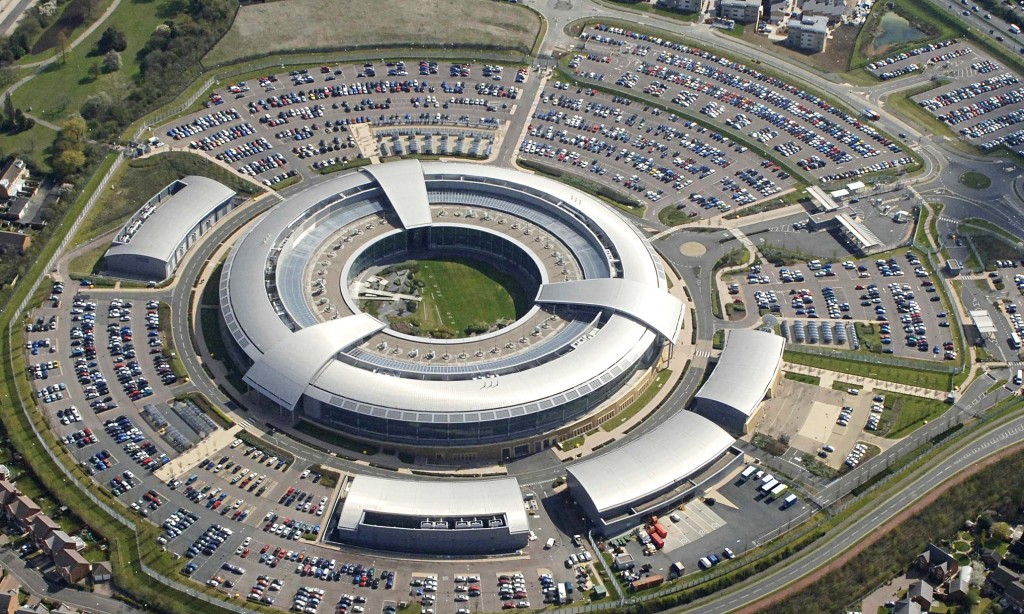 Leaving the EU will not affect intelligence sharing.

Most intelligence sharing is bilateral. It will not be affected if we Vote Leave. The crucial intelligence sharing agreement the UK has is the Five Eyes Agreement with Australia, Canada, New Zealand and America, but this is under threat from the European Court (see above). The respected former Chief of the Secret Intelligence Service, Sir Richard Dearlove, has said: ‘The crucial practical business of counter-terrorism and counter-espionage is conducted, even in Europe, through bilateral and very occasionally trilateral relationships. Brussels has little or nothing to do with them… if Brexit happened, the UK would almost certainly show the magnanimity not to make its European partners pay the cost’.

The former Chief of the Secret Intelligence Service, Sir Richard Dearlove, has said: ‘though the UK participates in various European and Brussels-based security bodies, they are of little consequence: the Club de Berne, made up of European Security Services; the Club de Madrid, made up of European Intelligence Services; Europol; and the Situation Centre in the European Commission are generally speaking little more than forums for the exchange of analysis and views‘.