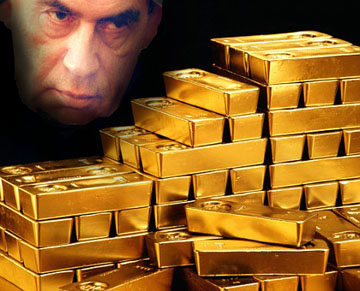 Responding to Gordon Brown’s speech at the London School of Economics today, Leader of the House of Commons Chris Grayling said:

“Gordon Brown’s EU policies when he was in office were a disaster. He gave away huge amounts of money to the EU when they cut our rebate, he broke his promise to hold a referendum on the Lisbon Treaty and he gave away many new powers to Brussels.

“The EU is undermining our ability to stop multinational companies milking our tax system. We face tens of billions of pounds of liabilities in the next few years because EU judges have ruled in favour of big corporates instead of UK taxpayers. That is on top of the £350 million we hand over to the EU every week, money which would be better spent on our priorities here like the NHS.” 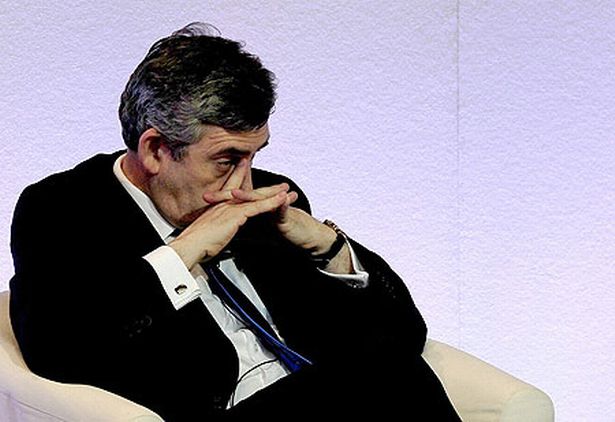 Gordon Brown broke promises on the EU when he was Prime Minister and was a disaster to the UK’s economy. He cannot be trusted.

Brown signed the Lisbon Treaty (which was almost identical to the European Constitution) on 13 December 2007. This was despite a promise in the 2005 Labour Manifesto that ‘We will put it [the Constitution] to the British people in a referendum’.

The Treaty surrendered 70 vetoes over EU law. Despite this, Brown claimed that the Treaty had not led to ‘major constitutional changes’.

The Lisbon Treaty included the dangerous Charter of Fundamental Rights, although the Government falsely claimed at the time it had an ‘opt out’. This has been used to strike down the UK’s surveillance regime. In July 2015, the Divisional Court in London annulled the Data Retention and Investigatory Powers Act 2014, for being inconsistent with the Charter of Fundamental Rights. The Home Secretary, Theresa May, had said the legislation was ‘crucial to fighting crime, protecting children, and combating terrorism’. The European Court will now decide whether the legislation is allowed after the referendum.

Gordon Brown was Chancellor when Tony Blair surrendered half of the UK rebate, despite the Government promising that ‘the rebate will remain and we will not negotiate it away. Period’. Tony Blair’s changes have now cost the UK at least £10.4 billion.

Gordon Brown is wrong to claim the EU is needed to crack down on tax avoidance. The European Court has forced us to make multi-billion tax refunds to multinationals.

Judgements of the European Court in favour of big businesses have led to massive liabilities for the taxpayer.

If HMRC also loses every case currently pending (a further £35.6 billion), the UK will be forced to pay out £42.9 billion, the equivalent of £1,589 per household.

The UK has tried to block these payouts before but its tax legislation has been overruled by the European Court.

The Justice Secretary, Michael Gove, has proposed emergency legislation immediately after the referendum to end these payouts, stating: ‘The European Court has consistently come down in favour of big businesses not the British people – costing us billions. Very soon after a leave vote we will be able to legislate to ensure that EU judges are not able to meddle in our tax affairs again which will save British taxpayers from tens of billions of pounds worth of liabilities. I think we would all prefer it if that money is spent on schools and hospitals rather than filling the coffers of multinational corporations’.

Gordon Brown has repeatedly talked Britain down. We should not listen to him.

Last year, Gordon Brown claimed that those advocating a leave vote were supporting ‘the North Korea option, out in the cold with few friends, no influence, little new trade and even less new investment’.

Gordon Brown did support the UK joining the single currency.

In 1997, when he was Chancellor of the Exchequer, Gordon Brown, said ‘British membership of a successful single currency would be beneficial to Britain and Europe‘.

An official Treasury assessment published on the same day stated that the single currency would benefit the British economy: ‘Britain could make further gains in terms of stability from joining the single currency… The single currency could deepen competition in some parts of the Single Market. It will reduce transaction costs and exchange rate uncertainty on trade within the euro-zone. It will also make prices more transparent and easier to compare across the Single Market. It should also intensify competition. In this way it could open up new trading opportunities and encourage firms to invest in new markets…. British firms would be better placed to make the most of the opportunities if we were members of the single currency.’ 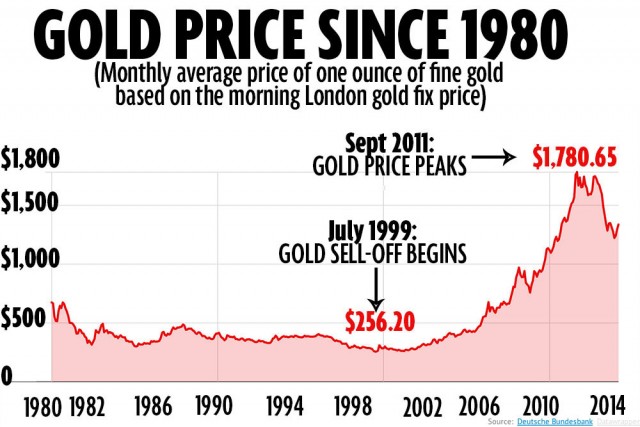 Between 1999 and 2002, Mr Brown ordered the sale of almost 400 tons of the gold reserves when the price was at a 20-year low. The decision to sell the gold – taken by Mr Brown when he was Chancellor – is regarded as one of the Treasury’s worst financial mistakes and has cost taxpayers almost £16 billion.