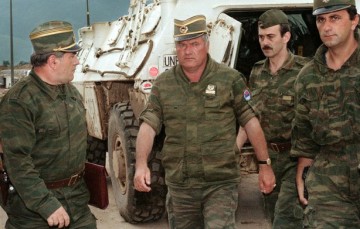 Historians for Britain (HfB) published a series of essays by some of Britain’s leading historical thinkers tackling the pervasive and dangerous claim that the EU is responsible for peace in Europe. The historians instead attribute the pivotal role of NATO and the US in keeping the peace in Europe.

Professor Nigel Saul of Royal Holloway, University of London said ‘We’re often told that the EU has been responsible for ending Europe’s wars. These essays subject this claim to scrutiny, finding it groundless.’

Dr Robert Crowcroft of the University of Edinburgh said ‘The notion that the peace of Europe was guaranteed by the institutions of the European Union was always utter nonsense. This collection of essays … is an important corrective to one of the most infuriating of all Europhile pieties: that the institutions of the European Union are responsible for peace in Europe.’

Key themes of the essays include:

There is no historical basis to the claim that, without the EU, war might break out. The concluding essay states that these statements are ‘historically illiterate‘ and amount to ‘scaremongering.’

The decision to award the Nobel Peace Prize to the EU was a very poor one. The EU has done little to promote peace in Europe.

NATO has been, by far, the most important organisation in preserving peace in Europe.

The EU has failed to intervene in conflicts in non-EU countries, especially in the Balkans. Far from being a force for peace, the EU has often been little more than a ‘talking shop’.

By attempting to duplicate NATO’s role, EU initiatives to create a common European Defence Force or Army have the potential to undermine European security and have created resentment.

EU austerity policies, particularly in the Mediterranean, has flamed resentment. Far from creating peace, these policies have created new tensions between the member states.

Key quotes from the essays:

‘The pacifism which accompanied the formation of the European Union was the fruit of a general retreat from bellicosity, not its cause.’– Count Adam Zamoyski

‘Warfare between western European states and, in particular, war between France and Germany, was never likely after the Second World War.’ – AW Purdue

‘The EU did not bring peace to Europe and, far less than a Europe of sovereign states, is it capable of maintaining it’ – AW Purdue

‘It is not economics, commerce, finance or trade that promotes peace. The largest single trading partner that Great Britain had in 1914 was Imperial Germany’ – Dr Andrew Roberts

‘By contrast with NATO’s long, stalwart history of militarily standing up to totalitarianism, the EU has been a purely trading organisation, albeit one with a vastly inflated opinion of itself, one that the Nobel Committee sadly saw fit to inflate even further in 2012’– Dr Andrew Roberts

‘A new source of tension and ill will has developed within the European Union… anger about how to handle the massive migrant crisis, is poisoning relations between a number of member states of the EU.’ – Dr Irina Somerton

Find out more at http://historiansforbritain.org/

Historians for Britain was inspired by a group of historians who signed a letter to The Times in 2013 calling for a renegotiation of Britain’s membership of the EU. In 2016, David Cameron, returned from Brussels with little or no negotiation, and called a referendum. Cameron’s so-called deal with the EU is non-legally bound, and can be vetoed by other member states.