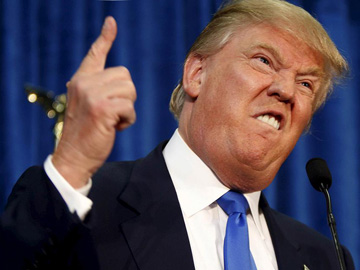 At first it was laughter, disbelief, here was this loud mouth fat fingered vulgaraton going for the presidency, but then came the wins, the crowds, and ultimately the American socialists were suddenly compromised. What were they to do?

Trump has trumped, huffumped, kerrumped and blown down the house, and yet amongst the religious extremists and nutjobs who support him, his strength grows daily. For heaven’s sake, even Camille Paglia is writing doting articles about the man.

Bernie Sanders? He has no chance. Hillary Clinton? She has a chance, but her controllers need to act fast in cutting Trump off at the pass, they’re going to need some pretty radical techniques to put paid to the man who likes a fight, in fact, encourages it at every turn.