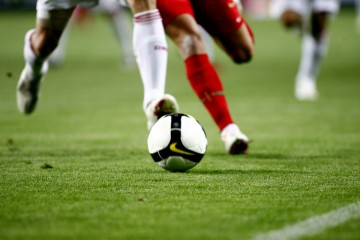 Manager Quique Sanches Flores has led his side on a tremendous cup run this year and will be hoping his side can make the final, capping off an excellent season for the Spaniard in his first year in English football. In the other half of the draw, the winner of a quarter final replay between West Ham United and Manchester United will face off against Everton, after the Toffees knocked Chelsea out of the famous competition.

With this year’s competition proving to be one of the most open in many a year, through the lack of big names reaching the latter stages, it may well be that yet more surprises are on the way leading up to the final. Although there may be doubts as to whether they can win or not, the likes of Watford and Crystal Palace will certainly be looking to put themselves in a position to do so by reaching the final on May 21st. Betway currently offer Everton as the favourites for glory this year, in what would be their first FA cup success since 1995, with each of the other four teams still involved matched with odds of 5/1.

For Manchester United, a late goal from Anthony Martial helped them to salvage a draw in their tie with The Hammers, and now face a difficult away trip in London, as they look to equal Arsenal’s record of twelve FA Cup wins with success this year. For United manager Louis Van Gaal, the competition could well offer him his final chance to win silverware with the Old Trafford based club, as a disappointing two seasons in charge has led to calls for his departure. With Jose Mourinho heavily tipped to replace the Dutchman, Betway offer odds of 1.25/1 on for the former Chelsea manager to be in charge of United next season.

With many sections of the football community feeling that the FA Cup has lost some of it’s magic in recent years, coupled with FA plans to scrap much loved and financially rewarding replays, a surprise victory from an underdog this year could well inject some much needed life back into the historic tournament.

In collaboration with Blue Note Marketing