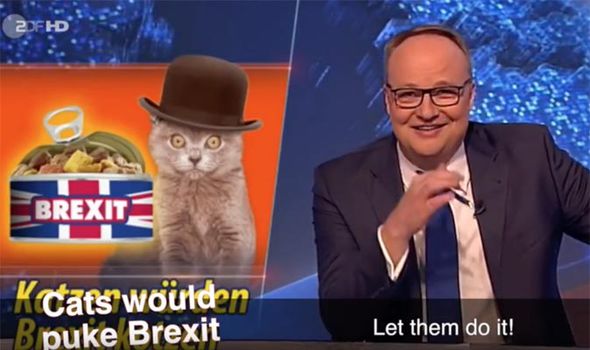 The Heute Show is such an attempt, and although may bring up a few chuckles – purely because it’s a bunch of Germans trying to be funny – in the end it’s a dire display of the desperation emanating from the leaders of the EU at the moment.

There is a resoluteness to the British people the Germans just do not understand, and it seems they never will.

With news that MEPs in the EU parliament who voice their dissatisfaction with Brussels are now being shut up and the cameras turned off, we are slowly witnessing some of the totalitarian un-democratic nature of the EU.

To stay within such an institution of dictatorial imprisonment is decidedly un-British, and however you may vote on the day, Brexit must be the only correct answer to this EU tragedy.