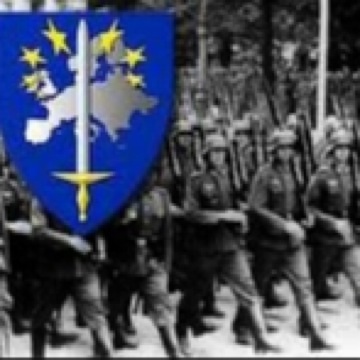 The warnings from history are never heeded by the foolish or the blind, as David Cameron is the Neville Chamberlain, Boris Johnson is waiting in the wings to take the reigns from someone who is ultimately too engrossed in their own career to see what the EU is doing.

Jean Claude Juncker wants your sons and daughters to be conscripted in an EU Army, a singular force away from NATO. The drunkard’s ambitions are of once again rising the Reich to its previous level against a Russian semi-Sovietized Putin nation.

“Putin is the Tsar, but he also knows that the Soviet system is the most powerful when it comes to control and unity. The fall of the USSR was a disaster for Russia, because they lost much territory and military strength. The Russian people have been floundering ever since, and the recent sanctions upon Russia by the West show that even though Russia is not Soviet any more, it can suffer greatly outside the Soviet spectrum. What is funny to many Russians however, is that the EU is incorporating full Soviet collectivist techniques in governance and even more funny, is that some elements of the British government want to stay in this evolving decrepit mess. Can you have two Sovietized entities fighting? Of course you can, because one faction always wants the whole piece. Will the winners be the EU Soviet or the Russian Soviet? Naturally, it has always been a European dream to take Russia, from Napoleon to Hitler, they tried, but failed, both because of the winter.” Vladimir Rustov, a Russian historian and commentator told the BBC. 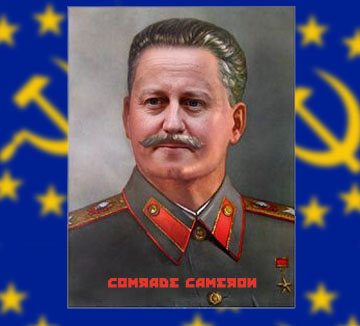 If Britain stays in the EU, expect your sons and daughters to be eventually drafted to fight in the EU Army. They will not have any choice, and neither will you as a parent. It is quite interesting to see that polls for the upcoming EU Referendum showing the British youth are keen on staying in the EU, obviously the under 30s will be the first to be conscripted to fight, and like lambs to the slaughter they do not know the real facts. Young and naive would be the correct description.

This is why it is madness, and reckless to stay in the EU, because to stay is to throw away not only Britain’s sovereignty, but its ability to defend itself effectively, as well as throwing away all pretensions of democracy. The totalitarian footstep always marches on in goose step fashion, and the EU is a sovietized state that will get a lot worse in the years to come.

Democracy or Dictatorship. Britain or EU. Freedom or Slavery.

There is no option but to vote for Brexit and let us watch what happens from the sidelines until the path is clear to act.