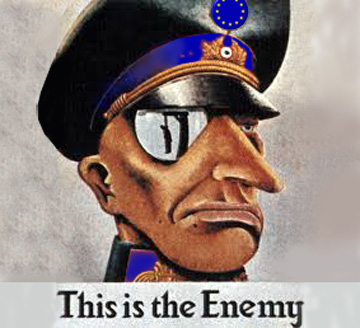 To the strains of Thin Lizzy’s epic tune The Boys are Back in Town, these hard hitters are a firm boot in the backside of the relative noob David Cameron and Georgie Osborne.

The level directly concentric to the big boys, we have Gove, IDS, and Boris, a formidable team of established emissaries bidding to open up a serious can of whoop ass on the remain camp.

If one was to establish a fighting force, this would be it, and somehow they gel together.

Although David Cameron has been secretive about his dealings with Tony Blair, Peter Mandelson has been at his side throughout the preparations leading up to EU negotiations. It would not be wrong to guess therefore, that Alistair Campbell or even Gordon Brown have hissed a few words of advice to Cameron during the sell-out period.

Having announced the EU referendum in June, there is a feeling of disquiet across the nation, a certain peace before the storm, as these are still early days.

Preparations are being made, Machiavellian plans are being hatched but there is one certainty; those on the British side are fighting for Britain, they’re the pilots and Air Marshals who flew and directed operations over the Kent countryside in 1940. The other side who wish to fight against Britain, choose to forget about war heroes who fought for their country instead opting for the role of Luftwaffe and in Mandelson’s case, the SS.

One last stand. Will Britain prevail? Will it fight? Never surrender should no doubt be the call as Britain rises like a phoenix from the flames of EU purgatory to break free once and for all. Do not forget the sacrifices of those who gave their lives for your freedom and democracy. The EU does not wish to preserve democracy within its dictatorship and to fall into its arms will surely break Britain forever.

Always remember this: Once Britain is gone..it’s gone. Never Give Up! Never Surrender!