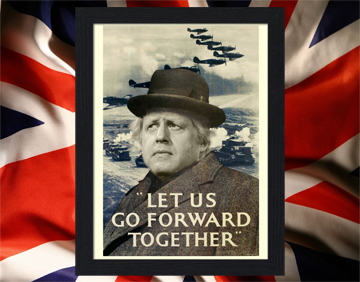 When someone big like Boris Johnson enters the fray, one cannot avoid quoting Lord Alfred Tennyson:

The fight to save Britain and to open business up to the world is on, and Boris is certainly a large enough character to put his point through the morass of propaganda being spewed from the EU Ministry of Lies.

And if all goes well, Britain shall prevail, be a sovereign nation once again, able to dictate its own laws, able to control its own borders, and able to keep its head held high knowing it did the right thing and Never Surrendered.