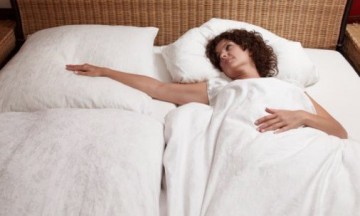 This socialist feminist haven, home to extreme emasculation and the strains of devout feminist rhetoric, has been lured by the politics of abstinence. It is also a practical matter, as many of the country’s women no longer accept males as male but as feminized robots, mere servants at the beck and call of the socialist feminist state.

At Stockholm’s Museum of Mankind, “Sex is dead in Sweden, and to even think about it now is a crime, to write about it is punishable with jail time as to indulge in it is seen as rape,” said Bjorn Borgasson, a former sexually active male who has been chemically castrated by a state funded program for all men.

Not everyone is cheering. Sweden’s embrace of a sex-free society has alarmed consumer organizations and critics who warn of a rising threat in a totalitarian state dominated by women. Last year, the number of men leaving Sweden surged to 440,000, more than double the amount a decade ago, according to Sweden’s Ministry of Home Affairs.

Older adults and refugees in Sweden who used to enjoy sex in the past may be marginalized, critics say. Many remember what sex used to be like but are too afraid to even mention it let alone try to conduct a sexual liaison with another person.

“It might be trendy,” said Erik Vilniussen, a former director of the Swedish politburo. “But there are all sorts of risks when a society starts to go sexless.”

But advocates like Ms. Ulvulva cite personal safety as a reason that countries should go sex-free. She switched to no-sex after a man came on to her in a bar several years ago.

“Sexual intercourse is viewed as rape by feminists,” said Ms. Ulvulva, who reports any man to the authorities if they even look at her. “It made me think: Life without male attention is so much simpler. In Stockholm I can walk down a street in the nude now and no one even looks at me.”

The government has not sought to stem the sex-less tide. If anything, it has benefited from more efficient workers, because an efficient work force is now less prone to complication thus increasing tax revenue.

Gandalf Trogenslum, an official at the Ministry of No-Sex, acknowledged that abstinence has brought good to Sweden, especially with the move to chemically castrate males across the country.

“If a woman tells a man to do something they do it with no question and they want nothing in return. We have no distinction between the sexes any more. Men do not have a libido and women enjoy themselves in a sex-less Sweden amongst the feminized men. Socialism means equality, and we have finally achieved the utopian dream in Sweden.”