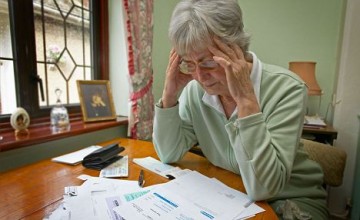 Taxpayer foreign aid will not be enough to help cash strapped councils in England and Wales as Britain is forced to accept over 50,000 Syrian refugees within the next two years.

The migrant deluge from poor EU countries like Romania have already contributed to a vast increase in crime and benefits handouts, leaving schools, NHS and other public services in worse shape than some developing countries.

There are twenty countries in between Syria and the UK, but hundreds of thousands are making a beeline specifically for Britain. Numerous factors contribute to the deluge onto Britain’s shores, the most prominent being the ease of receiving housing and benefits.

This is why local council’s are now pushing for major tax increases to fund the short fall as the West’s inactivity in Syria and UK benefits honey pot entice hundreds of thousands to make the big journey to these shores.

We could see a rise of 60% on council tax, especially in London. For some Band D council taxes, there could be a rise of at least £1,000. Coupled with an increase in interest rates, and energy price hikes many across the country would find their mortgage and living costs well exceed their income.