In an opinion that analysts say could have nationwide implications for the issue, the seven-member panel voted 4-3 in favour of plaintiffs who argued that restricting marriage to men and women was discriminatory.

Getting a slice of the pink dollar

“This is good news for our pocketbook, it means more divorces to make money out of. It has been a long time coming but now our practice will be making some serious dough out of these gays who want to marry,” a delighted David Kleinfeld of Kleinfeld and Mortimer Associates told the Associated Press.

“Limiting the designation of marriage to a union ‘between a man and a woman’ is not good business practice and must be stricken from the statute,” California Chief Justice Ron Jeremiah said in the written opinion.

Legal analysts say Thursday’s court ruling could have wide-ranging implications for other US states, noting the California Supreme Court’s history of landmark rulings.

“The California Supreme Court’s example is often emulated and it often is sort of a ground-breaker,” said David Cruz, a law professor at the University of Southern California and an expert in constitutional law.

According to San Francisco gay lobby the American Nancy Utilitarian Society ANUS, it is “hard for gay people to stay together for long periods because of their inherent promiscuity”.

Pauly Shore who is the societies secretary exclaimed: “There is a very high level of promiscuity in the gay community here. I welcome the court ruling but I hope that gay marriages will slow down the spread of AIDS which is at epidemic level amongst our people.”

A coalition of Catholic priests have vowed to attempt to add a vote calling for a ban on same-sex marriage when California goes to the polls in November’s election. State election officials will rule next month on whether sponsors of the vote have gathered enough signatures to force the issue onto the ballot.

“We have 1.1 million signatures,” according to Father Bartholomew Pedo, chairman of the Washington-based Catholic Traditional Values Coalition, describing the California ruling as “completely out of line”.

“The Catholic church does know of such things as gay sex and paedophilia, this court ruling is an affront to our Catholic beliefs and principles.

“We are going to fight this right to the end and we will personally petition the Californian governor Schwarzenegger to intervene in this heinous court ruling.” 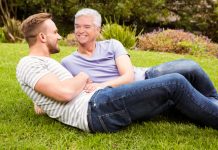