Sources have been gathering information on the hermit state and its claims a miracle breakthrough can rid people of Sars and MERS as well as Aids, Ebola and cancer.

The new drug Kumdung-4 is purportedly a one-fix-all drug that can cure pretty much anything.

The vaccine, however, has been revealed to not be ingested or injected into the disease victim but is instead delivered in a bullet from a gun.

“Our man in Pyonyang witnessed the new drug in use the other day. A man had some incurable disease, so the doc said he would give him an immediate cure. He took out a gun and shot him,” an observer revealed. 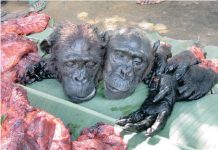