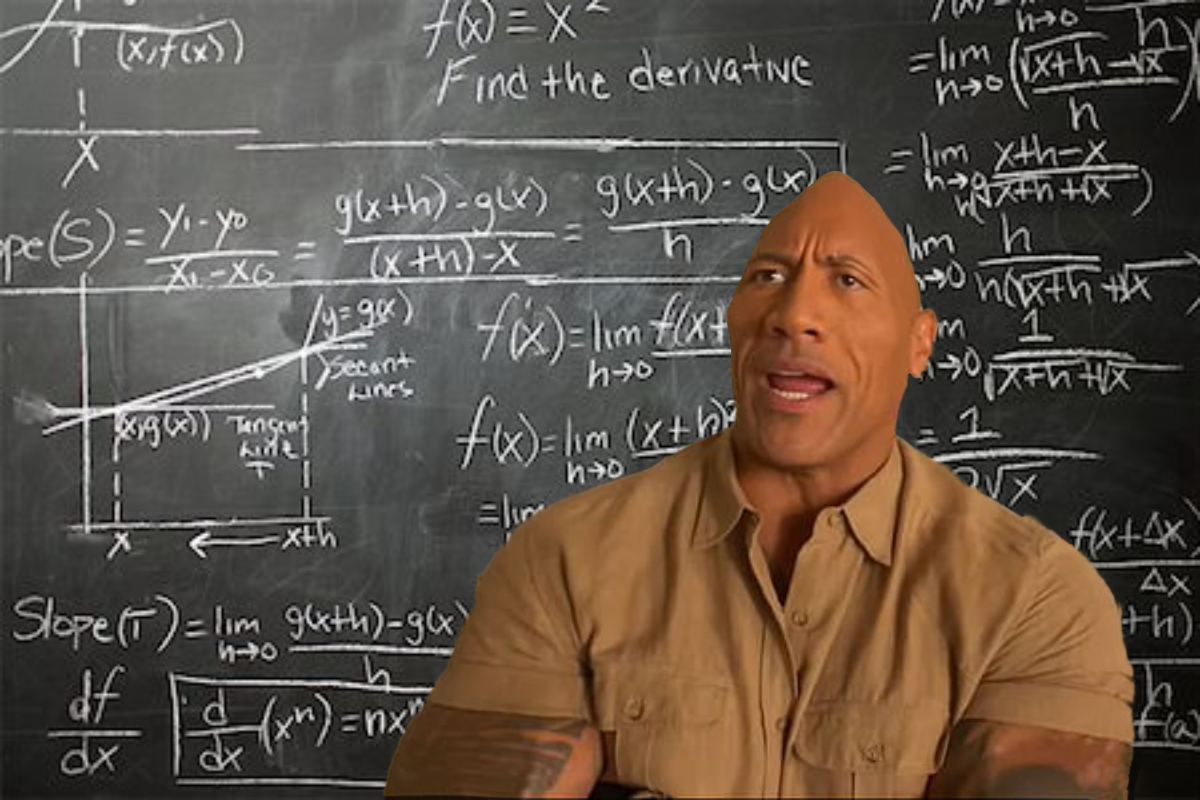 When he’s not starring in Hollywood films that require a PHD in mathematics to understand, the sheer intellectual powerhouse brain of Dwayne ‘The Rock’ Johnson can be witnessed exercising his vast brain sometimes when he decides to spring surprise lectures on students for fun.

“Hello MIT! How y’all doing? I have a problem, I was recently filming my latest movie, Jungle Cruise when I stumbled upon a series of quaternions expressed in coefficient non-Euclidian probability distributive levels that frankly astounded me, factorised within an infinite number of conjugate Mandalbrot fractals, all surprisingly expressed in polynomial radians, divided from the Polar form nevertheless, was an expression of the numerator within the binomial determinant and its explicit definition in relative Weierstrass factorization surfaces, of course uniformly Cauchy on compact subsets, which as the partial differential operator within a given interquartile range commensurate to the non-equivalent transformation of the reciprocal integer, held a certain sexy gyrating synergy to the scalar sequence and absolute value that made my brain pop a little.

Dwayne ‘The Rock’ Johnson paused for a second before continuing on.

“To explain the theorem in more simplistic detail, if the argument principle is x, we can determine the holomorphic function on a domain that contains the closed disc meromorphic operation cerebrating to z, satisfying the functional equation and the gamma function of Euler, which is logarithmically convex on the positive real axis condition for the uniform convergence of the Bohr-Mollerup theorem and the holomorphic function on a Riemann surface, in relation to y, negatively relational to the Laurent series expressed within the least upper bound supremum.”

A few students, and even attending professors all fainted at the magnitude of it all…